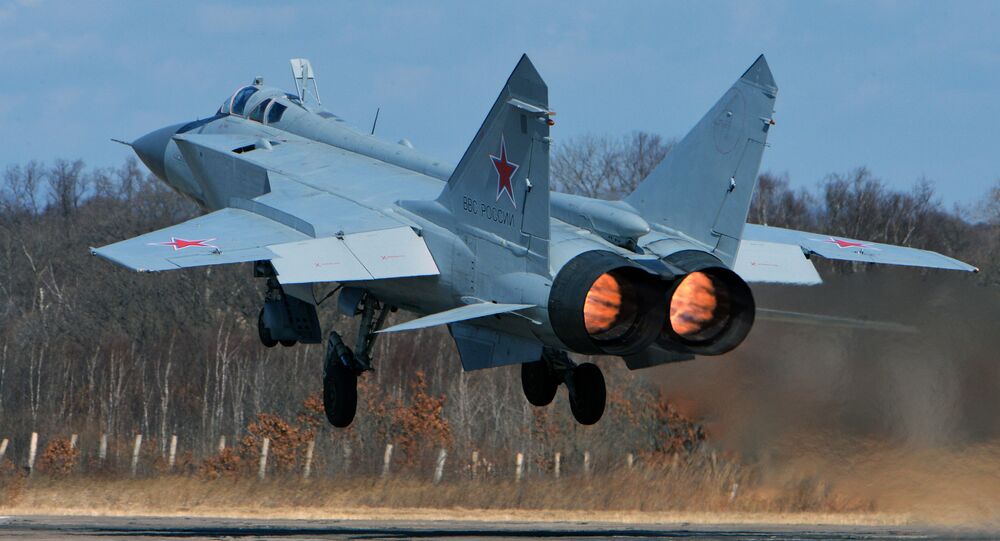 One of Russia’s top arms trade officials believes markets will remain pretty steady over the next few years — and that Moscow won’t be losing any ground as the world’s second largest arms exporter.

Dmitry Shugaev, director of the Federal Service for Military Technical Cooperation, the Russian Federation’s external-facing arms trading agency, “does not see an upsurge” in sales over the next three years, he told an international audience at the Paris Air Show on June 20, but he expressed optimism that Russia would continue to play a major role in the international weapons market.

“We are quite positive about the future,” he said.

In 20015, the global arms market saw about $80 billion exchanged between different countries, which represented a 10.1-percent market contraction from the year before, when $89 billion worth of weapons and accompanying services was traded.

Russian exports accounted for approximately $15 billion in 2015, according to Defense News.  Shugaev analyzed the market from a Russian perspective by breaking down that up to half of Moscow’s defense sales stem from aircraft, about a third are ground attack and missile defense systems, while naval systems account for about 15 percent of foreign arms sales, the Defense News report added.

Sergey Denisentsev, senior research fellow at the Center for the Analysis of Strategies and Technology in Moscow, suggested in a speech at the Center for Strategic and International Studies headquarters in Washington this past April that the “domestic market will be the main priority for the Russian defense industry,” as supply facilities keep up with the demand from Russia’s own military.

Nevertheless, Shugaev sees cooperation on new technological and weapons developments with other countries as a route that could benefit multiple parties. For instance, clients seeking the next generation of weapons not currently available can partner with Russia and then produce the weapons locally. “We’re flexible, we’re ready to cooperate,” he emphasized.

A study conducted by the US Congressional Research Service (CRS) confirmed as much, noting that “Russia has made significant efforts to provide more creative financing and payment options for prospective arms purchasers … Russia has agreed to engage in counter-trade, offsets, debt-swapping, and in key cases, to make significant licensed production agreements in order to sell its weapons.”

India and Vietnam have begun to look toward US-made weapons in recent years, while China’s domestic industry has matured significantly in its own right. When asked whether this might erode Moscow’s market share, Shugaev replied, “We’re living in the real world, we’ve witnessed the new trend… taking that all into account, but we don’t think there is a substantial shift in those markets.”

“It’s not in our common interest that sanctions continue,” Shugaev said when asked whether Western sanctions might hamstring revenue growth in the sector.  “I believe our share in the defense market will remain as high as it is.”