Russia has lost $50 billion-$52 billion due to sanctions and those states which introduced them have lost $100 billion, Vladimir Putin said.

MOSCOW (Sputnik) — The sanctions imposed on Russia led the country's GDP to decline by 1 percent under the US State Department estimations, while Russia lost $50-52 billion under the UN estimations, Russian President Vladimir Putin said during his annual "Direct Line" session.

"What happened to these sanctions? How did they affect us? Did they affect or not? Yes, they have affected. Significantly or not? I do not think so. We have been more affected by the global conjuncture and the decline in the prices of our traditional goods: oil, gas, metallurgy, chemical industry, and so on. And what do our partners think? So the US State Department believes that these sanctions led to a decline amounting to 1 percent of GDP for our economy, the Europeans believe it was slightly higher," Putin said.

The president added that according to the UN estimates, Russia lost $50 billion-$52 billion due to sanctions and those states which introduced them lost $100 billion, so it turned out to be a "double-edged weapon" than harms everyone.

"The UN gives such figures, the UN says we lost about $50 billion-$52 billion, and the countries that introduced sanctions lost $100 billion. So, it is a double-edged weapon and it damages everyone, including those who use it," Putin said. 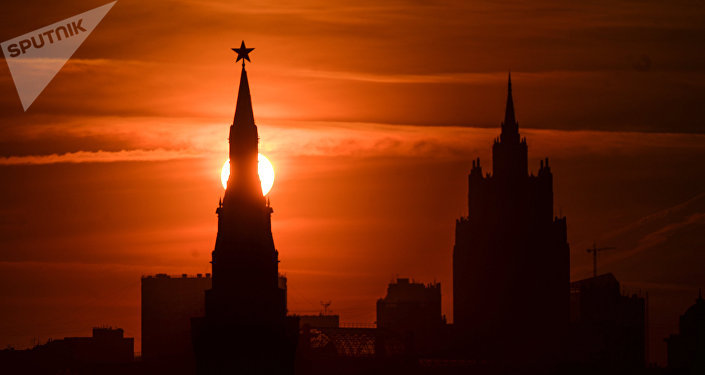 © Sputnik / Vladimir Astapkovich
Putin on Sanctions: US Implementing Policy of Containing Russia
Russia has been hit by a downturn that began in early 2015 after falling oil prices and Western anti-Russia sanctions took bite. The country's GDP fell 3.7 percent in 2015, according to the Russian Federal Statistics Service Rosstat.