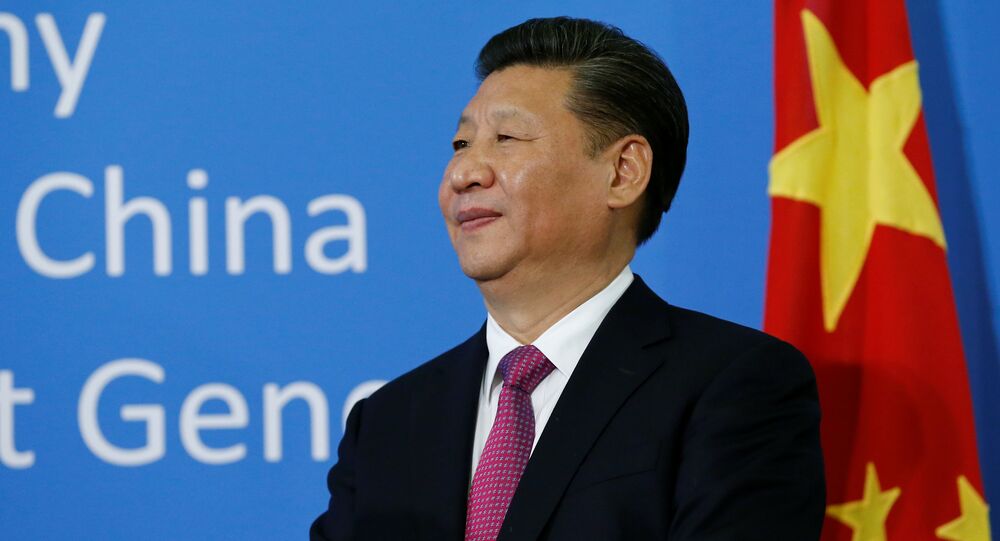 Chinese President Xi Jinping on Friday offered to start the procedure of signing a Trade Facilitation Agreement with the Shanghai Cooperation Organization (SCO).

ASTANA (Sputnik) — He also offered to develop a five-year long plan of actions on the implementation of the clauses of the agreement on long-term neighborliness, friendship and cooperation.

"We could begin signing agreement on trade facilitation with SCO. We speak in favor of opening cross-border routes in time set by the governments of the SCO member states," Xi said at the SCO summit in the Kazakh capital of Astana.

He also called to convene a summit on defense and security issues.

"We call on all the parties to support the process of peace and reconciliation in Afghanistan and hope for the increase of the SCO contact group’s positive role," XI stressed.

The Chinese leader also stated that his country offers to create a union of economic think tanks and Internet trade business associations.

The SCO is a political, military and economic alliance comprising Russia, China, Kazakhstan, Kyrgyzstan, Tajikistan and Uzbekistan, with India and Pakistan having been admitted to the bloc earlier in the day. Its two-day summit, which kicked off on Thursday in Astana, focuses on issues related to cooperation in the fight against international terrorism, security, and the situation in the Middle East and Afghanistan.