A host of Arab and Muslim countries led by Saudi Arabia have unexpectedly cut off diplomatic relations with Qatar, accusing Doha of supporting terrorism and engaging in efforts to destabilize the region. The sudden move will be sure to have lasting geopolitical consequences, but according to analysts, may also be a boon for oil prices. 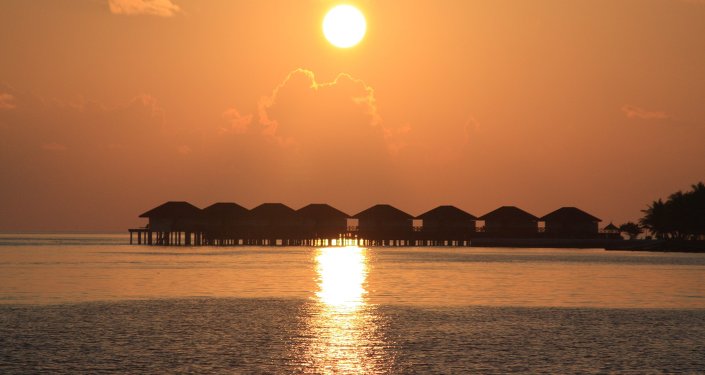 © AP Photo / Kelly Shannon
The Maldives Becomes 7th Country to Sever Diplomatic Ties With Qatar in One Day
Doha protested, calling the decision "unjustified," and "based on assertions without foundation." The countries severed ties with the Persian Gulf State after accusing it of supporting terrorist groups, including the Muslim Brotherhood, and of ongoing attempts to destabilize countries in the region.

Geopolitical consequences aside, market experts believe that the situation around Qatar may serve to become a positive factor for rising oil prices. Speaking to RIA Novosti, Sberbank CIB analyst Valery Nesterov said that the diplomatic row is another source of tension – and tension has a tendency to push prices up.

"The emergence of yet another source of tension, in my opinion, is quite a serious factor that will support oil prices [at their current levels] or push them upward," Nesterov said.

The analyst noted that as far as oil prices are concerned, "this situation should play a positive role. Any aggravation of the situation in the Middle East leads to a speculative rise in oil prices," he noted.

© REUTERS / Saudi TV
How Trump’s ‘Friendship’ With This Arab Ally Pushes Qatar Away
Oil prices rose Monday against news of the Qatar-related diplomatic crisis. As of 10:00 Moscow time, Brent crude futures rose by 0.98%, to $50.44 per barrel; meanwhile, July futures on WTI crude rose by 1.03% to $48.15 a barrel.

The conflict between Qatar and its neighbors began late last month, following the Arab Islamic American Summit in Riyadh May 20-21, when the Qatar News Agency posted a speech on behalf of the country's emir supporting improved relations with Iran. Later, it was reported that the news agency's site had been hacked, with the speech replaced by a separate speech created by hackers.

At the summit, attended by US President Donald Trump, Saudi leaders condemned the Iranian government for its influence in the region, accused it of sponsoring terrorism, attacked it for supporting the Syrian government, and threatened a response.

The situation is complicated by the fact that Qatar is home to the Al Udeid Air Base, the largest US military base in the Middle East, housing the US military's Central Command and 10,000 US troops. Qatar's role as the world's leading liquefied natural gas (LNG) exporter, and the US's own efforts to grow its LNG exports, may also play some as yet unknown role in this crisis.

© CC BY 2.0 / Expert Infantry / Best Army Photos 2
US soldier uses a pair of binoculars to scans the landscape around his Patriot Missiles based at Al Udeid AB, Qatar 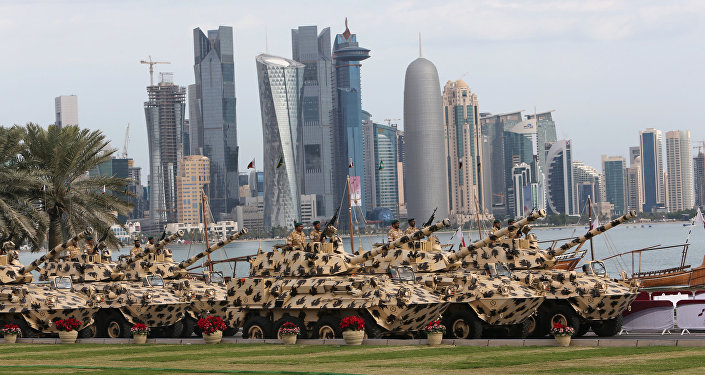 © AFP 2019 / KARIM JAAFAR
Russia to Closely Examine Claims of Qatar's Support for Terrorism
On Monday, Russian Senate Defense and Security Committee Chair Viktor Ozerov told Sputnik that Russia too would carry out a close examination of the claims made by Arab and Muslim states about Qatar's support for terrorism.

The senator emphasized Moscow's independence in developing its own foreign policy and diplomatic relations with Qatar.

The Maldives Cuts Off Diplomatic Ties With Qatar

How Trump's 'Friendship' With Saudi Arabia Pushes Qatar Away