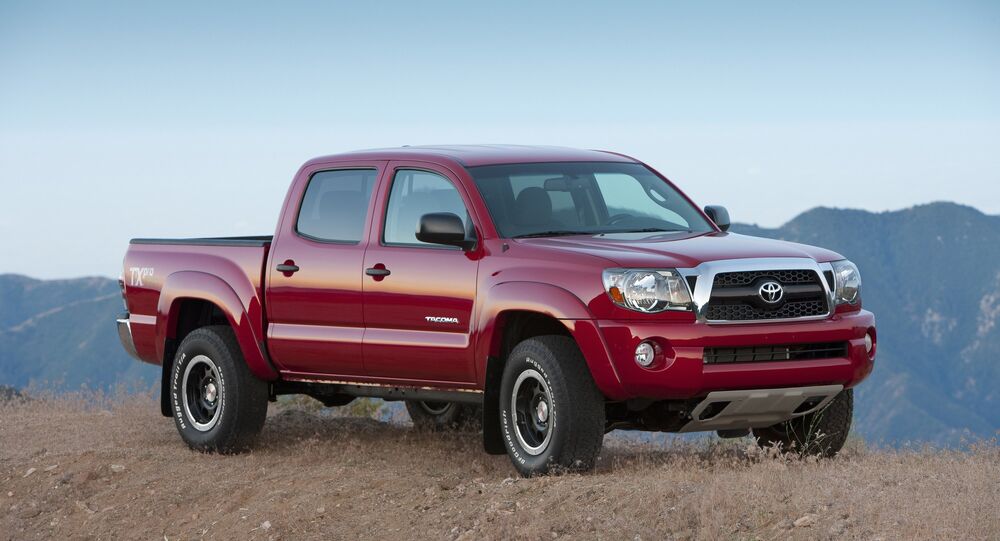 Toyota Recalls 32,000 Pickup Trucks in US Over Stalling Threat at High Speeds

Toyota Motor North America announced that some 32,000 pickup trucks in the United States are being recalled to correct a potential malfunction.

© Flickr / RL GNZLZ
Toyota Invests $600Mln to Modernize Indiana SUV Plant, Adds 400 Jobs
WASHINGTON (Sputnik) — Some 32,000 pickup trucks in the United States are being recalled to correct a potential malfunction that could cause the vehicle to run roughly, misfire or in some instances stall, Toyota Motor North America announced in a press release on Friday.

"A stalling condition while driving at higher speeds may increase the risk of a crash," the release stated.

The issue stems from excessive anti-corrosion coating on the timing rotor for the crankshaft on V-6 engines in some 2016 and 2017 Tacoma pickup trucks, the release stated.

Owners of 32,000 affected vehicles, all in the United States, are being notified by mail with an offer to replace the crank position sensors at no cost, the release noted.