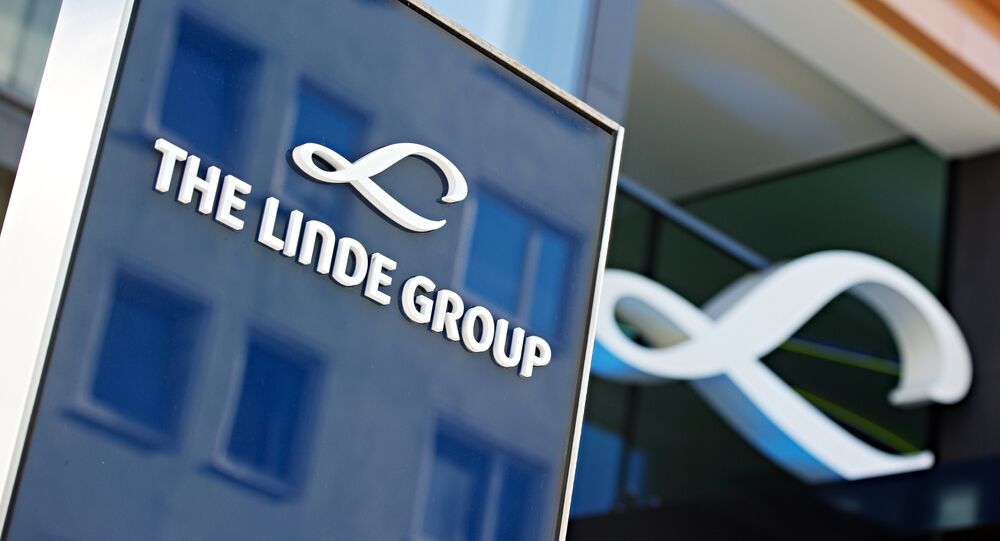 German giant Linde is to merge with American rival Praxair to create a vast corporation which will be the world's biggest provider of industrial gases. It is a reunification of sorts, 100 years after the First World War split the two companies.

The new firm, worth US$70 billion, will overtake France's Air Liquide as the biggest company in the sector.

Linde and Praxair produce gases used in industries ranging from manufacturing to medicine. Ironically, the merger brings together two companies which both owe their existence to German chemist Carl von Linde.

The merger between Linde and Praxair finally appears to be happening. The new entity will be based in Ireland. https://t.co/ws3SPTPtoJ. 🗜️💰📈 pic.twitter.com/8ERS6DSnGV

Bavarian genius von Linde was a pioneer who first learned how to liquefy air and invented methyl ether ammonia refrigerators in the 1870s. In 1895 he set up a factory in Munich to produce liquid air and in 1901 developed a method of separating liquid oxygen, which was then used in the steel industry.

The Linde Group is still based in Munich and employs around 50,000 people around the world.

In 1907 he set up Linde Air Products in Cleveland, Ohio to produce gases for the booming US market. But when the First World War broke out, the US Congress intervened and in 1917, as US troops fought German soldiers in the trenches of France, Linde Air Products became part of Union Carbide.

© Sputnik / Evgeny Bezeka
Amnesty International: Dow Chemical Must Appear in Court on Bhopal Disaster
Union Carbide was responsible for the world's worst chemical disaster at Bhopal in India in 1984, when almost 10,000 died. In 2001 Union Carbide was taken over by Dow, which is still being chased through the Indian courts over the Bhopal disaster. But in 1992  the "Linde division" of Union Carbide was spun off to shareholders as its own entity, called Praxair.

Now Praxair is merging with the Linde Group, bringing it full circle. It will have around 80,000 employees and a Linde Group spokesman said it would be a "reunification."

Financial analysts say the merger makes a lot of sense. Linde Group has a great track record on research and development while Praxair's expertise is in improving productivity.

Praxair's biggest markets are in North America and Latin America while Linde Group is stronger in Europe, Africa and Asia. Linde produces everything from hydrogen for emission-free vehicles to gases used in the giant magnets at the CERN physics research lab.

The merger will create a company worth US$70 billion with a 33 percent global market share and annual revenues of around US$29 billion.

It's on! Praxair and Linde merge in $70bn deal. Understand why, here… #IndustrialGas #merger https://t.co/HQVtIVpty8

The new holding company will be listed on both the New York and Frankfurt stock exchanges.

Labor unions are strong in Germany and union representatives had tried to block the deal, fearing it would lead to job losses.

But Linde Group's chairman Wolfgang Reitzle managed to push through the deal after a marathon meeting of the company's supervisory board on Thursday (June 1).

The Linde Group spokesman said there would no doubt be "synergies" after the merger.

"If there are synergies there will be amendments but I can't give a figure [on job losses]," he told Sputnik.

The deal still has to be ratified by Praxair shareholders.

German unions had feared Linde might seek to close its plant engineering unit, which is less profitable than the main industrial gases side of the business.

But Mr. Angel told journalists: "You cannot be a leading industrial gas company unless you have a strong engineering and technology arm."