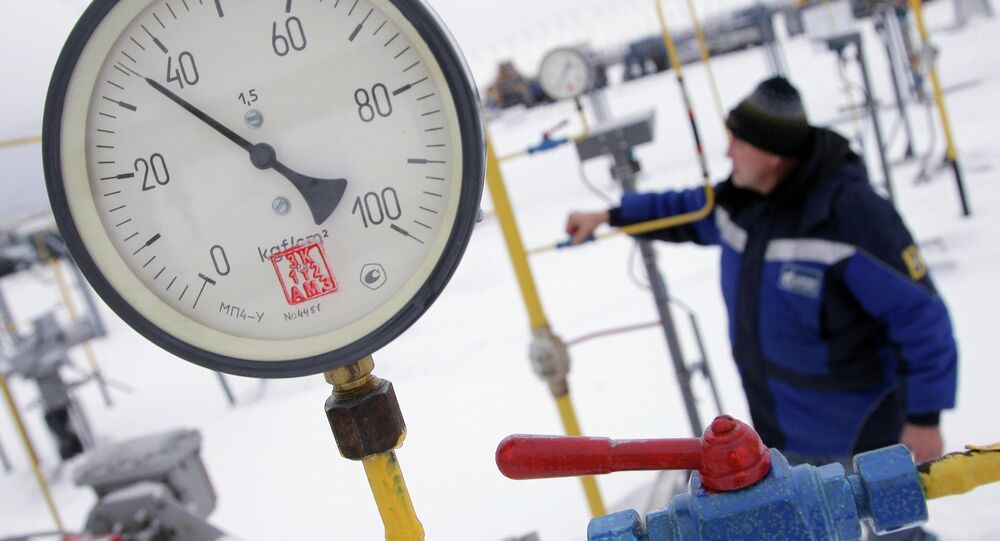 In 2015, Gazprom was fined $3.2 billion by Ukraine’s Anti-Monopoly Committee for alleged abuse of its monopoly position in the gas market in 2009-2015. The Russian company protested the decision, since it does not run its business in Ukraine and gas supplies are operated by Ukraine’s Naftogaz.

However, the ruling was not overturned and last year the anti-monopoly committee filed a lawsuit to the Kiev economic court pertaining to the enforced recovery of the fine plus additional fines for delay in payment. As a result, a fine totaling nearly $6.4 billion was ruled by the court last December. Gazprom challenged the decision but its appeal was dismissed.

Earlier this week, Ukrainian Justice Minister Pavlo Petrenko said that Ukraine would seek the seizure of Gazprom’s foreign assets to claim the fine. Kiev also notified Gazprom about the arrest of its shares in the company Gaztranzit, registered in Kiev and affiliated with Gazprom. The Russian company holds a 40 percent share in Gaztranzit.

Alexander Pasechnik, a senior analyst at the National Energy Fund think tank, suggested that Ukraine is unlikely to take Russian gas from its gas transportation system to settle the fine.

"They will not do that because it is not winter and the gas consumption regime is different. Moreover, it would deepen political tensions. If Kiev were to do that Ukraine's reputation as a transit country would be undermined. Finally, in legal terms, such a move would not be justified. It is a Ukrainian domestic matter, including rulings by Ukrainian courts. A notice of appeal and cassation appeals can be filed," Pasechnik said in an interview Radio Sputnik.

© Sputnik / Maksim Blinov
Gazprom to Adjust Gas Extraction Plan in 2017 Due to Demand Growth in EU
Commenting on the arrest of Gaztranzit shares, the expert said that this is not a big problem and control over the shares can be restored in the future.

He added that Europe is unlikely to support Ukraine in its claims to seize Gazprom’s foreign assets.

"This scenario is not realistic because for Europe there is no legal reason to do that. Maybe, they could do that if they wanted to show some political support for Kiev. Nevertheless, such claims should have an international legal basis," Pasechnik concluded.