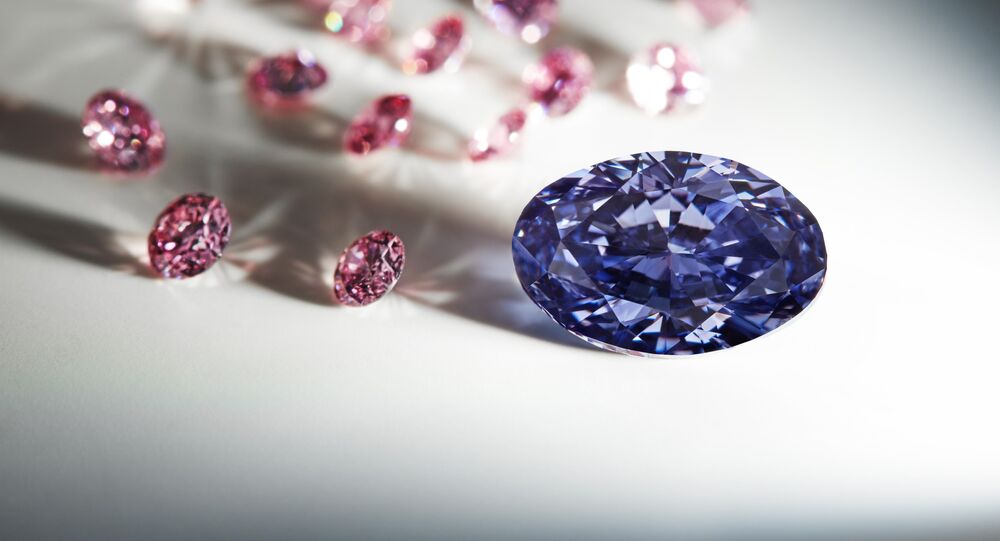 Russia's ALROSA diamond mining company and India's GJEPC signed on Thursday a memorandum of cooperation in the diamond industry.

"Memorandum of Cooperation between PJSC ALROSA and Gem & Jewelry Export Promotion Council (GJEPC) was signed in the scope of India-Russia Summit [on the SPIEF sidelines] with the participation of the Russian President Vladimir Putin and Indian Prime Minister Narendra Modi. The official signing ceremony took place in the Konstantin Palace in Saint Petersburg," the press release read.

According to the press release, the document, signed by ALROSA President Sergey Ivanov and GJEPC Chairman Praveenshankar Pandya, reflects an "upward trend" in cooperation between the two sides and outlines key tendencies for the next three years.

"The parties agreed to support the Special Notified Zone (SNZ) established on the basis of Bharat Diamond Bourse in 2015 for rough diamond trading and initiatives to create preferential tax treatment and expand ALROSA’s activities inside the zone," the press release said.

Additionally, the sides reached an agreement on supporting measures directed at legislative separation of synthetic and natural diamond markets as well as on informing ALROSA about violations of the principle to separate sale of natural and synthetic diamonds in the Indian market.

"We see great prospects for the expansion of trading activities in this country, including through the Special Notified Zone at Bharat Diamond Bourse. I believe that long-term partnership with such an authoritative organization as The Gem & Jewellery Export Promotion Council will be of great importance for the expansion of ALROSA’s export opportunities in India and development of cooperation with local manufacturers," Ivanov said as quoted in the press release.

Bharat Diamond Bourse, one of the world's largest diamond centers located in Mumbai, India, is spread over a 20-acre (96,800-square-yards) plot and houses 2,500 diamond offices.