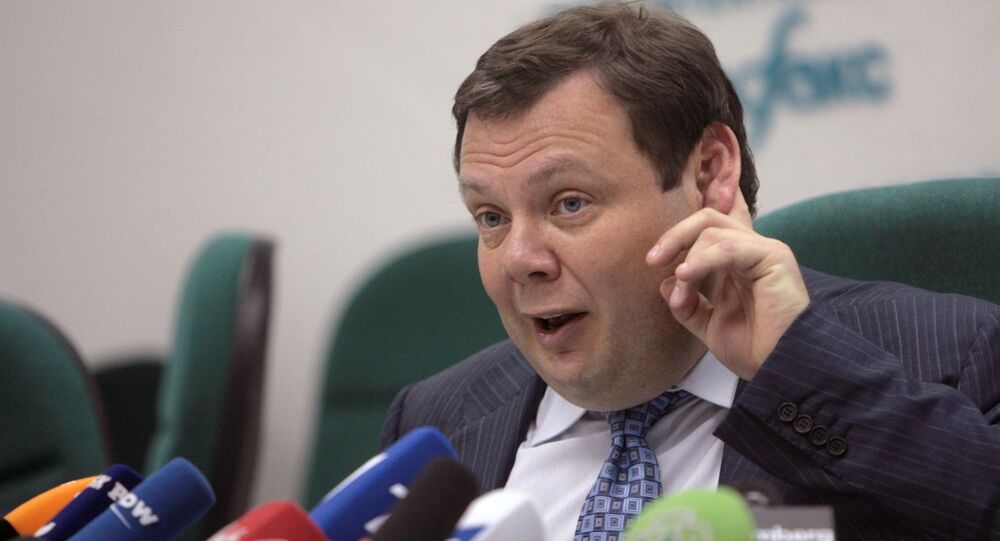 BuzzFeed, which already has its hands full with one defamation lawsuit, will now have to deal with another one: the owners of a major Russian bank are suing the news outlet for defamation over its publication of the famous “dodgy dossier.”

© AP Photo / Andy Kropa
BuzzFeed Trolled by Russian Tech Exec in Dossier Lawsuit Filing
BuzzFeed's scandalous "golden showers" dossier may become the greatest mistake in the history of the news outlet, as another defamation lawsuit has been filed against it — this time by the three owners of Alfa Bank, one of the biggest Russian banks.

According to the lawsuit, BuzzFeed admitted in the article introducing the the scandalous dossier alleging ties between US President Donald Trump and Russian President Vladimir Putin that the information was unverified and, therefore, the news outlet harmed the bank and the owners' professional reputations "with reckless disregard of whether [the allegations] were true or false."

"The Article clearly states that the allegations contained in the Dossier were unverified […], and could not be verified despite substantial efforts," the bank owners' lawyers wrote in the lawsuit. "The false and defamatory statements published by Defendants of and concerning the Plaintiffs and Alfa, and the implications of those defamatory statements, were made with knowledge of their falsity or with reckless disregard of whether they were true or false."

BuzzFeed has already responded to the lawsuit, remaining adamant that the publication was not only the right thing to do, but was even in the "public interest." Guess why would they say that?

Because the the dossier it is still being investigated by US intelligence services and the Congress.

"Given that the allegations contained in the dossier were presented to successive presidents and remain under active investigation by intelligence agencies and Congress, there is little doubt that their publication was and continues to be in the public interest," Matt Mittenthal, BuzzFeed spokesman, said.

"That makes it all the more important that this shameless attempt to bully and intimidate BuzzFeed News not have a chilling effect on other journalists who continue to report this important story," he added.

The lawsuit comes in the wake of another libel lawsuit filed by Alexej Gubarev, a Russian tech company executive. The dossier calls Gubarev's company "instrumental" and "a significant player" in the alleged hacking of the US Democratic Party.

Should the plaintiffs win their cases, the consequences for BuzzFeed's reputation could be disastrous.