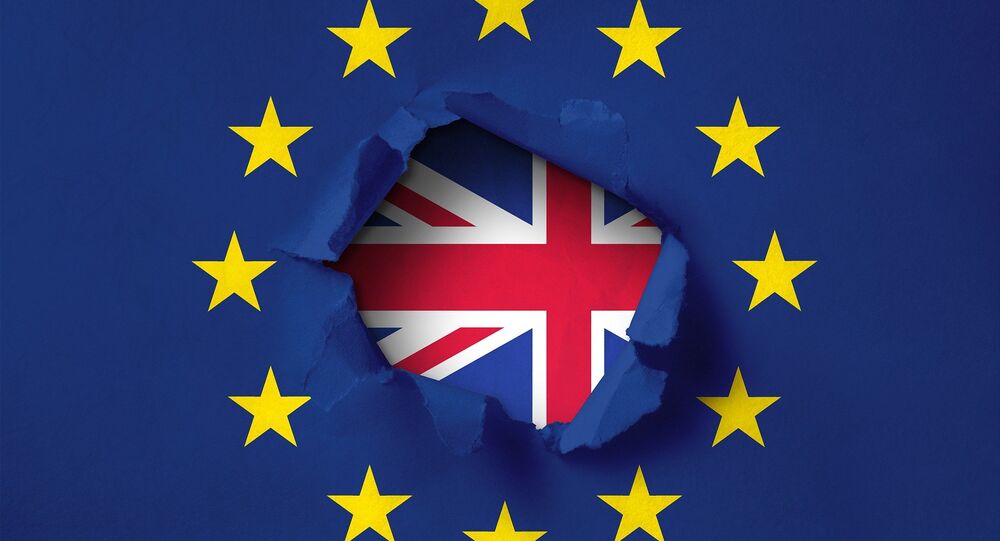 Cyprus, for whom the United Kingdom is among top five export and import partners, intends to make sure that the negotiations on Brexit do not yield any results harmful to the island on the issues of trade, investment and expatriates' rights for citizens of both countries, President Nicos Anastasiades told Sputnik.

© AFP 2021 / Petros Karadjias / POOL
No Progress on Turkish Troops Withdrawal, Territory at Cyprus Talks - Cypriot Leader
NICOSIA (Sputnik) — Anastasiades added that since a large number of Cypriots lived in the United Kingdom and many UK nationals resided in Cyprus, the Brexit negotiations should guarantee that these citizens maintain their rights, "such as residency, work permit status, pension, social security and medical care rights."

"Cyprus is one of the countries most exposed to Brexit due to our legal and financial systems and our extended historical ties with the UK. So, throughout the negotiations we aim to ensure that trade, commerce and investment issues are addressed in a way that will have no negative impact on Cyprus' economy considering that the UK is Cyprus’ second largest trading partner," the president said.

© Sputnik / Aleksey Nikolskyi
Cyprus President Thankful to Russia, Putin for Consistent Cyprus Issue Support
With the UK government repeatedly stressing its intention to exercise tighter control over immigration through its borders, EU countries are worried over the status of their citizens that are residing in the United Kingdom.

The European Commission's Brexit talks directives adopted on Monday emphasized the rights of EU citizens in the United Kingdom as one its main priorities.