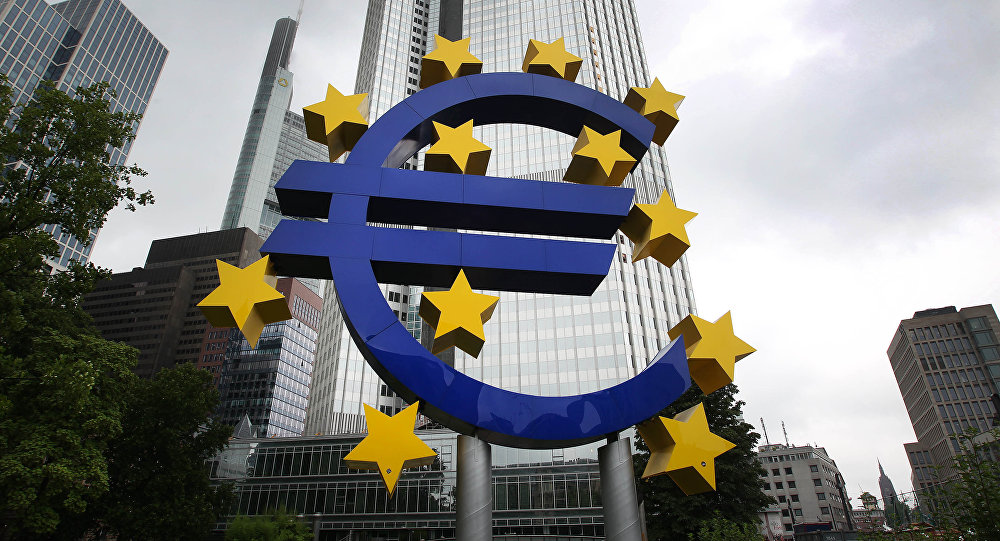 The future of the European Union as a political project is uncertain and the fall of the euro is only a matter of time, according to Italian economist Antonio Maria Rinaldi.

© Flickr /
Eurozone Inflation, Growth Accelerate, Defying Political Fears
Italy was an avid supporter of the euro when the single European currency was launched. However, economic experience in recent years suggests that possibly Italy should have followed Britain in keeping its own currency.

Italy’s public support for the euro is low, compared to elsewhere in the eurozone. According to a 2016 study by the European Commission, only 53 percent of the population supports the currency.

Moreover, concerns about the euro’s future in Italy are growing due to the rise of Italy’s Five Star movement, an anti-establishment and populist party, led by comedian Beppe Grillo. Experts and analysts are concerned that the party could win the Italian election next year. Grillo has repeatedly promised to hold a referendum of Italy’s withdrawal from the eurozone.

© REUTERS / Alessandro Bianchi
Disadvantages of the Euro Pushing Italy Out of the Bloc
In an interview with Sputnik Italy, Antonio Maria Rinaldi, a professor of economics at the Gabriele d'Annunzio University in Pescara, shared his thoughts on Italy’s prospects in the eurozone and the future of the single currency.

According to the economist, the euro issue should not be taken separately from the problem of European integration.

"Currently, the conception of a multispeed Europe is being discussed, but it is not about the euro. This initiative means the existence of two groups of EU countries that should integrate at different levels and paces. However, Brussels does not want to admit the need for two different European currencies for more developed and less developed nations," Rinaldi said.

In February, Mario Draghi, President of the European Central Bank, reaffirmed that "the euro is irrevocable," indirectly commenting on calls by some European politicians to dismantle the eurozone.

"Draghi is cunning. When it comes to a single currency without a political association, it is always a failure. For example, the US introduced a single currency after political integration. The same happened in Italy with the lira. The fall of the euro is inevitable, and this is only a matter of time. As the leader of the current EU, Germany is not interested in establishing a new political union with interested countries," Rinaldi said.

© AP Photo /
Not So Fast: Why Czech Republic Does Not Need to Speed Up Euro Transition
The economist noted that in the current situation the euro is a negative factor for many of the European economies.

"As a result, we’re witnessing the rise of so-called populist movements across Europe. At the same time, European governments are very conservative and they don’t want any changes. By the way, this is way how [Emannuel] Macron won the French presidential election. French political forces united to prevent [leader of the National Front movement] Marine Le Pen from winning," he pointed out.

According to Rinaldi, the root of the problem is much broader than staying or leaving the Eurozone. It is about the need to transform the entire European project, as a number of "serious mistakes" were made during its implementation.

"Political integration as well as a single currency was designed as a project for people. In fact, it serves the interests of large industrial groups," the economist concluded.