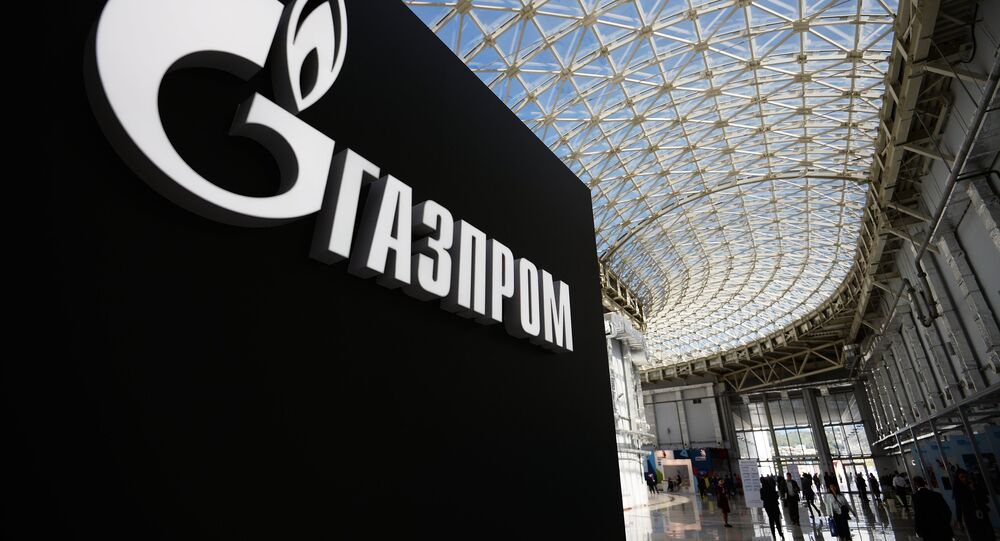 A Ukrainian court has dismissed the appeal of Russia’s Gazprom demanding the cancellation of a $6.4 billion fine. According to lawyer Denis Skryabin, the decision is related to the trial in London over Ukraine’s debt to Russia.

© AFP 2021 / ALEXANDER ZOBIN
Why Russia's Gazprom Plans to Slash Volumes of Its Gas Transit Through Ukraine
On Tuesday, the Ukrainian supreme economic court dismissed the appeal of Russian energy giant Gazprom which demanded a reversal of the decision of lower courts on enforced recovery of around $6.4 billion in fines in favor of Ukraine.

Gazprom launched the appeal in March. The decision now can be challenged in the Supreme Court of Ukraine.

In 2015, Gazprom was fined $3.2 billion by Ukraine’s Anti-Monopoly Committee for allegedly having a monopoly in the gas market in 2009-2015. The Russian company protested the decision, since it does operate in Ukraine and gas supplies are operated by Ukraine’s Naftogaz.

However, the ruling was not overturned and last year the anti-monopoly committee filed a lawsuit to the Kiev economic court on enforced recovery of the fine plus additional fines for payment delays. As a result, a fine totaling nearly $6.4 billion was ruled by the court last December. Gazprom challenged the decision but its appeal was dismissed.

© Sputnik / Sergey Starostenko
Naftogaz Expects Stockholm Ruling on Russia-Ukraine Gas Claims by End of May
In an interview with Radio Sputnik, Denis Skryabin, a Russian specialist in international law, suggested that by making politically motivated decisions Kiev tries to force Gazprom out of the Ukrainian market.

"Gazprom has no choice but to file appeals against legal norms that enable such a significant fine. Taking into account the fact that Ukrainian courts issue such politically biased rulings, the Russian company has slim chances," Skryabin said.

According to the lawyer, the current situation may result in the "seizure" of Gazprom’s assets by authorities in Ukraine.

"The company will be gradually pushed out of the Ukrainian market," Skryabin said.

He added that Kiev is likely to continue to enforce recovery on Gazprom’s assets, including outside of Ukraine.

"It is likely that Ukraine will use its claims against Gazprom to settle the debt to Russia. Currently, there is a trial underway in a London court," he concluded.

© Sputnik / Vitaliy Belousov
Ukraine Teeters on the Brink of Default as Kiev Struggles to Find Money to Repay Debts
A two-year loan was provided by Moscow to Kiev back in 2013 in Eurobonds, but in 2015 the new government refused to pay it back and demanded that it be restructured.

The sides could not reach a compromise and Ukraine said a technical default on the debt could not be ruled out. In February 2016, Russia filed a lawsuit against Ukraine at London's High Court of Justice, demanding repayment on the loan.

In late-March, the Court ruled against holding a full trial on Ukraine’s $3 billion debt to Russia as Kiev had no justifiable defense for failing to pay it back.

The Russian Finance Ministry said that Moscow considers the ruling as "final and obligatory." Nevertheless, Kiev said it would contest the ruling in the Court of Appeal in London.