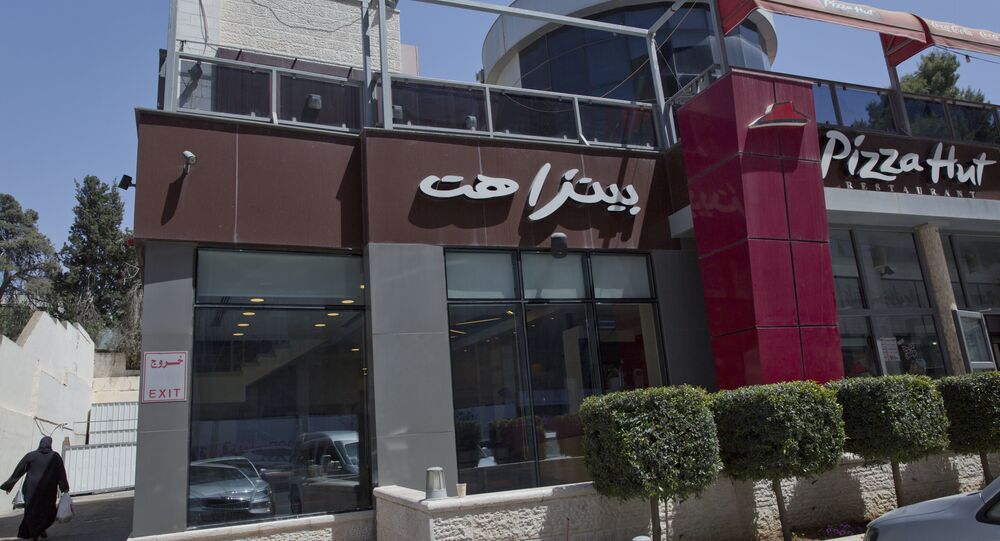 After using the desperate suffering of a hunger-striking Palestinian political prisoner to sell its product, a representative of the corporate fast food chain Pizza Hut has apologized, following international condemnation.

Marwan Barghouti's Son Speaks on Mass Hunger Strike in Israeli Prisons
On Monday a Facebook post by a Pizza Hut franchise operator in Israel mocked Palestinian political leader Marwan Barghouti, who is leading a massive hunger strike among Palestinian prisoners in Israeli jails, by suggesting that the Barghouti eat their pizza, which had been photoshopped into the image.

Using what the Barghouti's family quickly pointed out is a more-than-decade-old photograph of him eating smuggled candy during a previous jail term, the Israeli Pizza Hut Facebook post stated: "Barghouti, if you're going to break a strike, isn't pizza better?"

The Israeli Prison Service released the photograph on Sunday, less than 24 hours before the Pizza Hut advertisement went viral, according to Newsweek.

Social media users were quick to condemn the action. "Pizza Hut is taking advantage of the hunger strike to make more money," said one user, as reported by Jerusalem Online.

"Shame on you for poking fun at prisoners who are fighting for their freedom on empty stomachs," wrote another.

Barghouti's family quickly countered the insinuation that the leader had broken his fast by pointing out the age of the image, and observing that the extreme right-wing Likud Party government of Prime Minister Benjamin Netanyahu was sinking to new lows in its attempts to discredit the strike.

"Pizza Hut International apologises for any offence caused by a recent post on Pizza Hut Israel's Facebook page," the post read. "It was completely inappropriate and does not reflect the values of our brand. The local franchisee in the country removed it immediately and the relationship with the agency that posted it was terminated, and we truly regret any hurt this may have caused."

Barghouti, along with at least 800 other Palestinian political prisoners, began the hunger strike on April 17, to call attention to the need for improved conditions for Palestinians both in and outside of Israeli detention facilities.