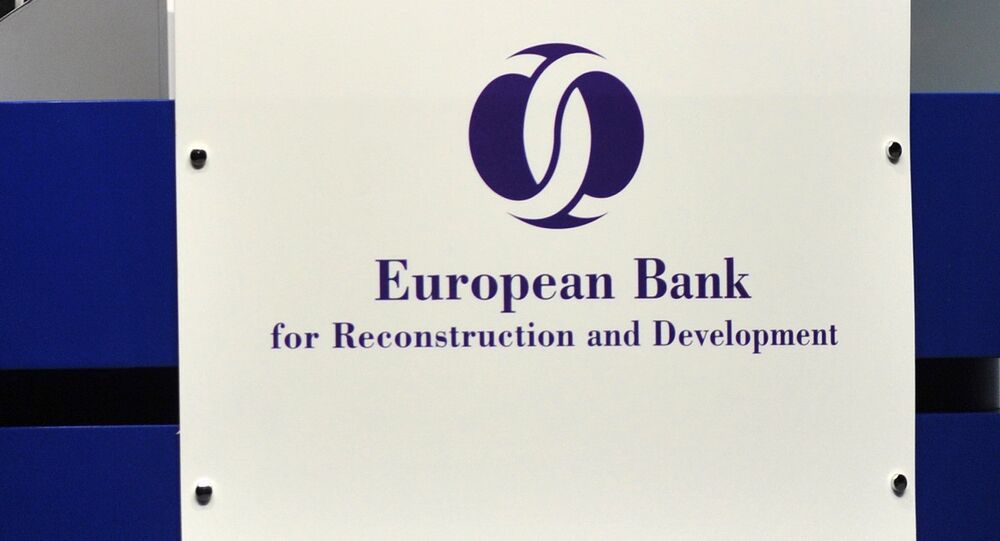 Russia expects the European Bank for Reconstruction and Development's (EBRD) financial situation to deteriorate and will not take part in its recapitalization if needed, Minister of Economic Development Maxim Oreshkin said Wednesday.

© Photo : European Bank for Reconstruction and Development
EBRD Not Planning to Move HQ From London to Mainland Europe After Brexit
NICOSIA (Cyprus) (Sputnik) — Oreshkin said at a briefing, "we expect that in a few years the financial situation of the bank will deteriorate significantly both in terms of asset quality and the ability to generate revenue."

"We also emphasize that we do not intend to participate in the capitalization of the bank when it will be required," he stressed.

The minister noted that Russia would instead focus on "de-politized development banks," including the Asian Infrastructure Investment Bank (AIIB) and the BRICS New Development Bank (NDB).

EBRD shareholders are gathering on May 9-11 in Cyprus. Russia is among the 64 countries with shares in the bank. The majority of countries represented in the board of governors, however, backed a freeze on EBRD participation in Russian projects in 2014 due to the aggravation of the geopolitical situation and Western anti-Russian sanctions.

Earlier in May, the Russian Finance Ministry said it intended to discuss the possibility of resuming EBRD work in the country during the bank's board meeting in Nicosia.

The bank's Russian portfolio amounts to some 3.7 billion euros ($4 billion).