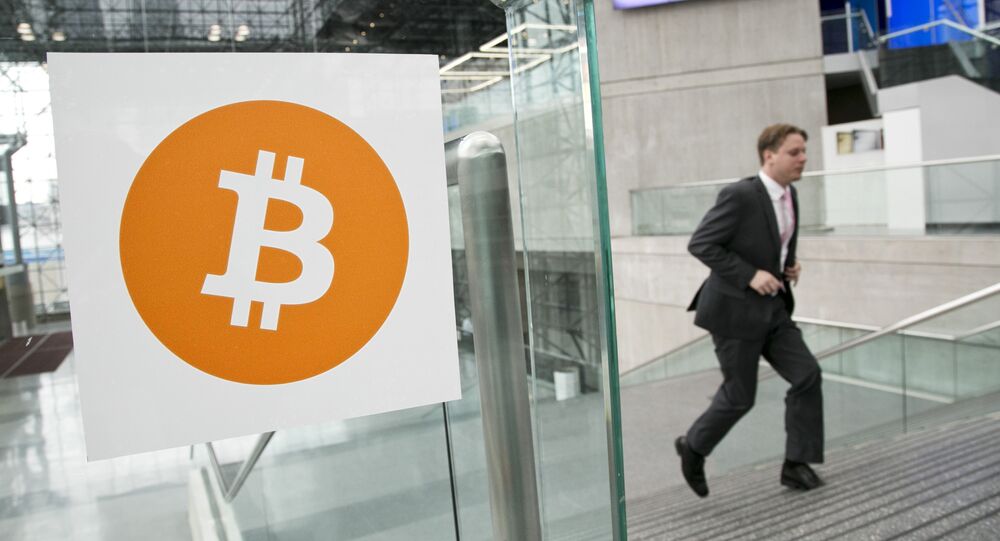 Major drivers of this trend were Japan allowing bitcoin to become legal tender in the Land of the Rising Sun (albeit with plenty of oversight), and Russia's announcement that they would rule on cryptocurrency legality in 2018.

© AP Photo / Paul Sakuma
‘Like a Game’: Bitcoin Use for Sex Industry Heats Up in Sin City

Bitcoin supply was also halved in mid-2016, an automatic process meant to prevent inflation. Fewer bitcoins sent the price skyrocketing. Another factor was the falling value of the euro, due to instability in the EU.

However, the cryptocurrency hasn't evaded challenges. The US Securities and Exchange Commission (SEC) ruled in March against two bitcoin exchange-traded funds (ETF), which are mutual funds that can be freely traded as though they were stocks.

The SEC wrote that the ETF's were in violation of the Securities Exchange Act of 1934 "which requires, among other things, that the rules of a national securities exchange be designed to prevent fraudulent and manipulative acts and practices and to protect investors and the public interest."

Traders have petitioned for the SEC to overturn its decision, but it has yet to come to a new ruling.

Other challenges that have faced bitcoin this year include strict regulation in China and the threat of a "hard fork," where a group of mostly-Chinese cryptocurrency exchanges threatened to split bitcoin into two currencies over the issue of a stable bitcoin used in few transactions (as it is now) or an updating bitcoin used in many transactions.

"On one side, a few influential Chinese miners want to increase bitcoin's block size to accommodate more transactions per block," said Chris Burniske, a blockchain products lead analyst at fund manager ARK Invest, to CNBC. "On the other side, bitcoin's most influential software developers want to implement a software update called Segregated Witness to accommodate more transactions, among a host of other improvements to the protocol."

"The issue with a split, and especially one for bitcoin, is the fallout in terms of publicity as it will gain no favors in the complexity and show of disunity."

A new currency, litecoin, was created, which has helped to mitigate the split in the bitcoin miner community over the hard fork.