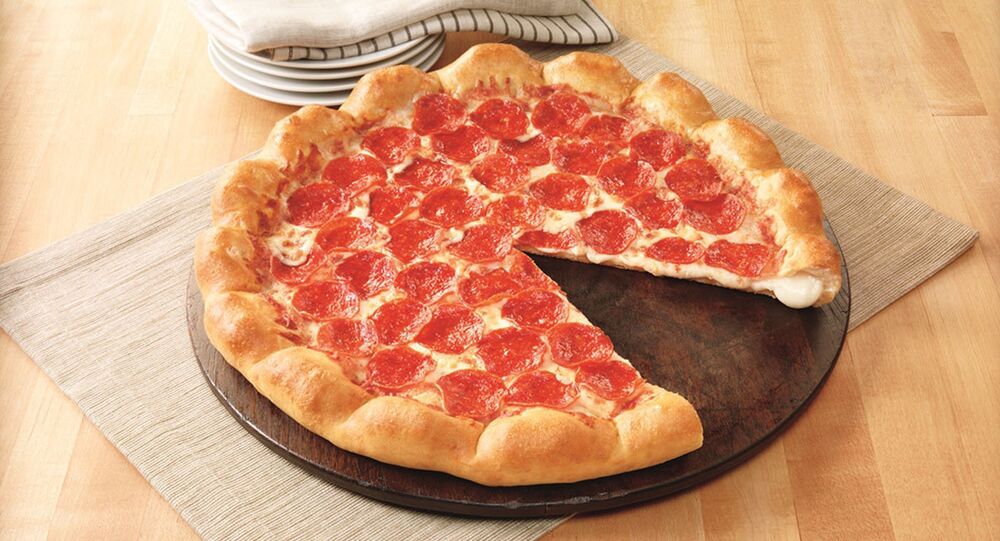 A corporate Facebook advertising post allegedly mocking a political prisoner engaged in a hunger strike has drawn widespread criticism, and the company is facing a global backlash.

© AP Photo / Nasser Nasser
Barghouti’s Son: ‘Basic Human Rights’ Is All Palestinian Hunger Strikers Want
On Monday a Facebook post by a Pizza Hut franchise operator in Israel appeared to mock a hunger-striking Palestinian political prisoner in an Israeli jail, by suggesting that the jailed man eat their pizza.

The Israeli Prison Service released the photograph on Sunday, less than 24 hours before the Pizza Hut advertisement went viral, according to Newsweek.

Barghouti's family quickly countered the insinuation that the leader had broken his fast by pointing out the age of the image, and observing that the extreme right-wing Likud Party government of Prime Minister Benjamin Netanyahu was sinking to new lows in its attempts to discredit an ongoing and widespread hunger strike by Palestinian political prisoners within the Israeli prison system.

The hunger-strikers seek not only to shed new light on poor prison conditions but also reveal the depth of what increasing numbers of UN member-states are regarding as a form of apartheid by the Netanyahu government against the Palestinian people.

A spokesperson for the Israeli Prison Service declined to comment on the image. Pizza Hut, headquartered in Texas, is owned by Kentucky-based Yum! Brands, which also owns the Kentucky Fried Chicken and Taco Bell fast food chains. The corporate fast food chain has not released a statement.

Individual, regional and international Pizza Hut locations are franchised from the parent company and, while given a certain amount of freedom to run their operations, are nonetheless bound by the parent company's corporate branding policy.

Barghouti's son, Aarab Marwan Barghouti, told Newsweek that the global Boycott, Divestment and Sanctions (BDS) movement seeking to pressure Israel economically to end its repressive policy toward Palestinians is contributing to a campaign to boycott the US-based fast food giant.

"We want the [#Boycott_PizzaHut] to go viral," Arab Barghouti stated. "We're really disappointed that a global chain does such a disgusting act, and we'll keep going with this until they at least officially apologize for that. We're going to have BDS help us spread the word."

The senior Barghouti, along with at least 800 other Palestinian political prisoners, began a hunger strike on April 17.