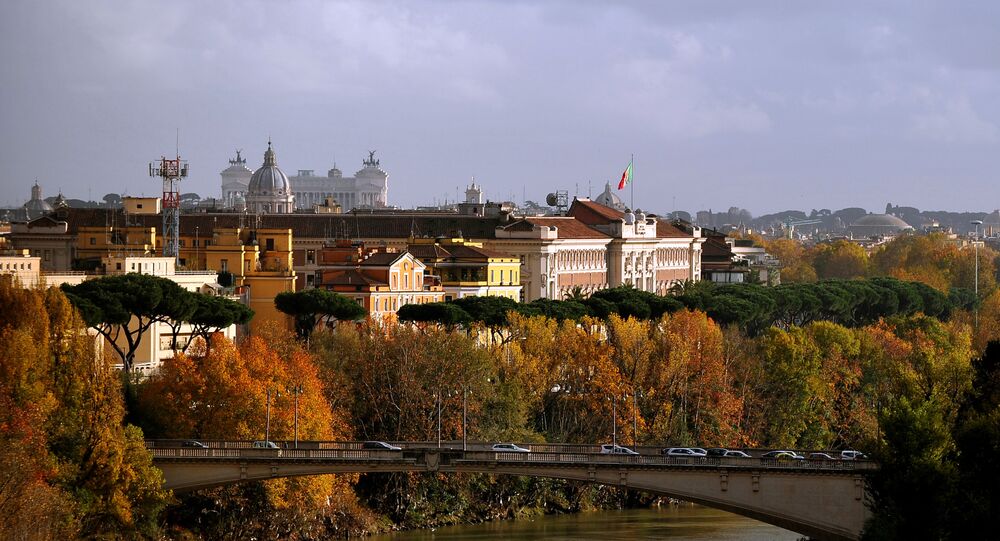 Google has agreed to pay over 300 million euros ($330 million) to settle its year-long tax dispute in Italy.

MOSCOW(Sputnik) — The US-based tech giant agreed to shell out 306 million euros on top of money already paid in taxes between 2009 and 2015 to end a criminal investigation by Italian tax authorities into whether it avoided paying up to 1 billion euros between 2009 and 2013 as well as several other minor periods, the Financial Times reported Thursday.

The Italian Revenue Agency, which opened the investigation last year, said it would now seek to ensure that multinationals operating in Italy would pay taxes in accordance with revenues made inside the country.

"[We] confirm our commitment to pursue careful fiscal checks on the Italian operations of web multinationals," the agency was quoted as saying by the newspaper.

© Flickr / Andy
Apple of Discord: Brewing US-EU Tug-of-War Over Probe Into Tech Giant's Tax Bill
Italy, as well as other EU countries, has mounted an increasingly harsh crackdown on multinationals getting away with a light tax burden by virtue of cross-border profit flows on the continent. Apple dashed out 300 million euros to Italian authorities in 2015, while Google closed a $185-million deal with the United Kingdom last year. In September, the European Commission ordered Apple to pay record $14.5 billion in tax arrears to Ireland, but Dublin, which benefits from hosting a number of multinationals due to it lax tax regime, has appealed the ruling.

Apple is also facing a tax probe in France, While Italy has reportedly started looking into Amazon's tax contributions.