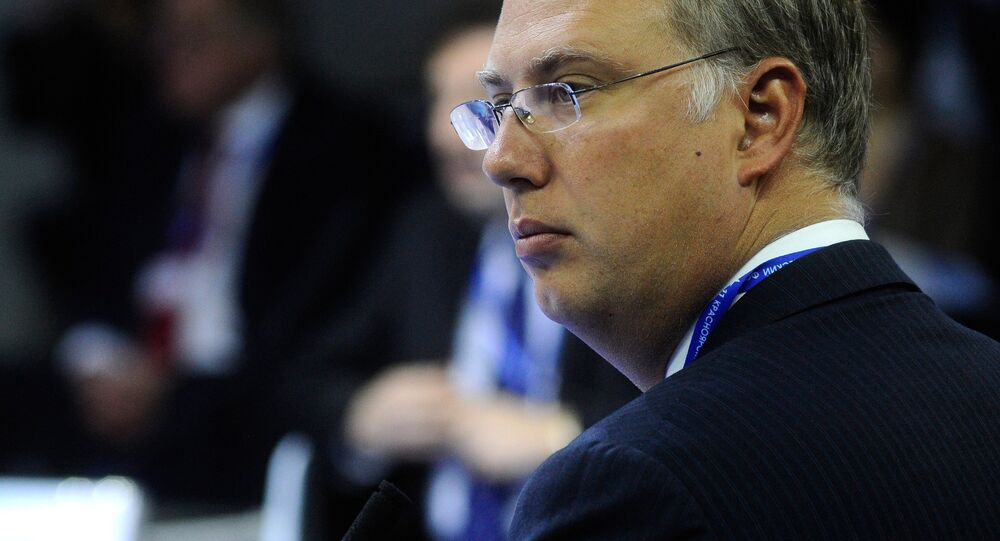 Russian Investment Fund, Japan’s JBIC to Achieve Some 10 Projects in Near Future

The Russian Direct Investment Fund (RDIF) and the Japan Bank for International Cooperation (JBIC) plan to accomplish about 10 projects in near future, head of the RDIF Kirill Dmitriev said at a Russian-Japanese business meeting.

MOSCOW (Sputnik) — According to Dmitriev, the Russian-Japanese fund will begin active work in the third quarter of 2017, and several deals could likely be announced in early June.

"We plan to realize some 10 projects in near future, and we are extremely grateful for the energy that every business group approaches it with," Dmitriev said, adding that the RDIF and JBIC already have approval for several projects with a "big Japanese holding," including one project in pharmacy.

© Sputnik / Konstantin Salomatin
Russia, Japan Agree New Deal to End Double Taxation, Tax Evasion
In December, RDIF and JBIC established a joint Russian-Japanese investment fund in the amount of $1 billion, with Dmitriev stating that the new fund will play a key role in financing joint Russian-Japanese investment projects in the spheres of infrastructure and agriculture, among others.

Earlier in the day, Russian President Vladimir Putin and Japanese Prime Minister Shinzo Abe signed an agreement which would regulate the conditions for the fund's creation and operation.