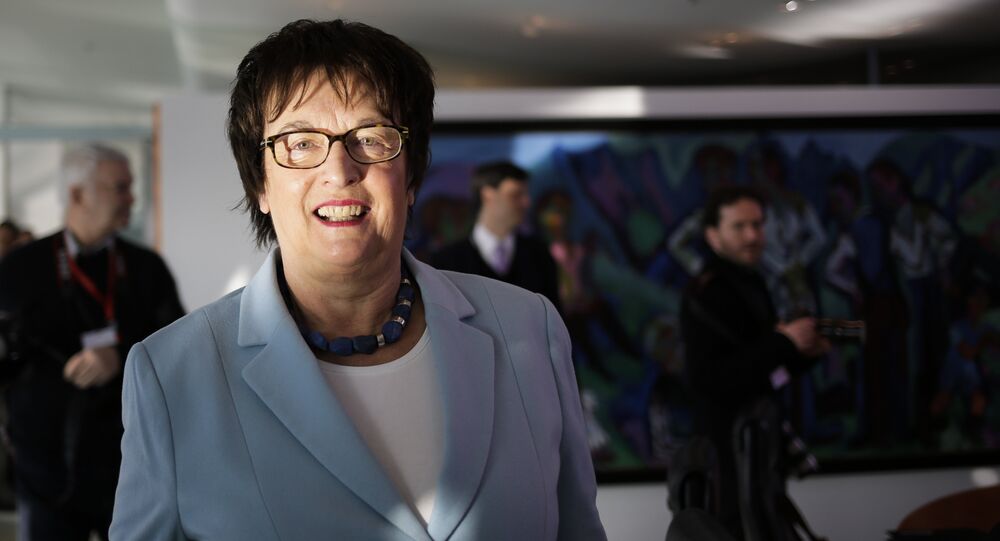 German Chancellor Angela Merkel on Wednesday said she will be unable to attend the upcoming One Belt, One Road economic initiative conference in China and instead send the country's Economic Affairs and Energy Minister Brigitte Zypries.

BEIJING (Sputnik) — Merkel met with Chinese Foreign Minister Wang Yi in Berlin as the minister arrived to the German capital to mark the 45th anniversary of diplomatic relations and attend a session of the Chinese-German Strategic Dialogue on Diplomatic and Security Affairs.

The One Belt, One Road conference will take place on May 14-15 in Beijing and will be attended by the leaders of 28 countries, including Russian President Vladimir Putin, Italian Prime Minister Paolo Gentiloni, and the host country's President Xi Jinping. A total of over 100 countries plan to send their representatives, according to the organizers.

© REUTERS / Jason Lee
'Important Partner': Chinese FM Invites Egypt to Attend 'One Belt, One Road' Forum
The event has been largely shunned by most Western leaders, while China has urged against viewing their absence as a political statement and stressed that countries such as Germany and France are having elections around the same time as the forum.

China's One Belt, One Road strategy was launched in 2013 and is aimed at developing infrastructure and strengthening ties between the Eurasian countries, focusing on the land-based Silk Road Economic Belt (SREB) and the 21st-century Maritime Silk Road.