BEIJING (Sputnik) — Wang and Shoukry met on Monday on the sidelines of the first Ancient Civilizations Forum, which was held in Athens.

"Egypt is our important partner in the joint implementation of 'One Belt, One Road' strategy. The Chinese side invites Egypt to take part in the summit," Wang was quoted as saying in the ministry's statement. 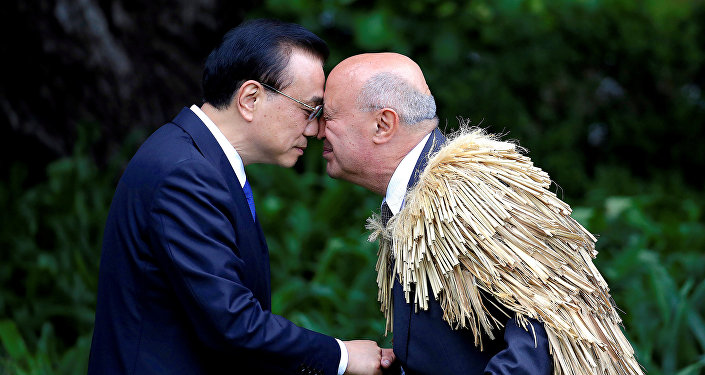 © REUTERS / Anthony Phelps
Silk Road: New Zealand's Rapport With China 'Sets Example for Western Countries'
According to the ministry, Shoukry said that Cairo would study the new channels of cooperation with Beijing within the framework of "One Belt, One Road" initiative and would further strengthen bilateral relations.

On May 14-15, Beijing will host "One Belt One Road" summit, gathering leaders of 28 countries, including Russian President Vladimir Putin.

China's "One Belt, One Road" strategy was launched in 2013 and is aimed at developing infrastructure and strengthening ties between Eurasian countries, focusing on the land-based Silk Road Economic Belt (SREB) and the 21st-century Maritime Silk Road.