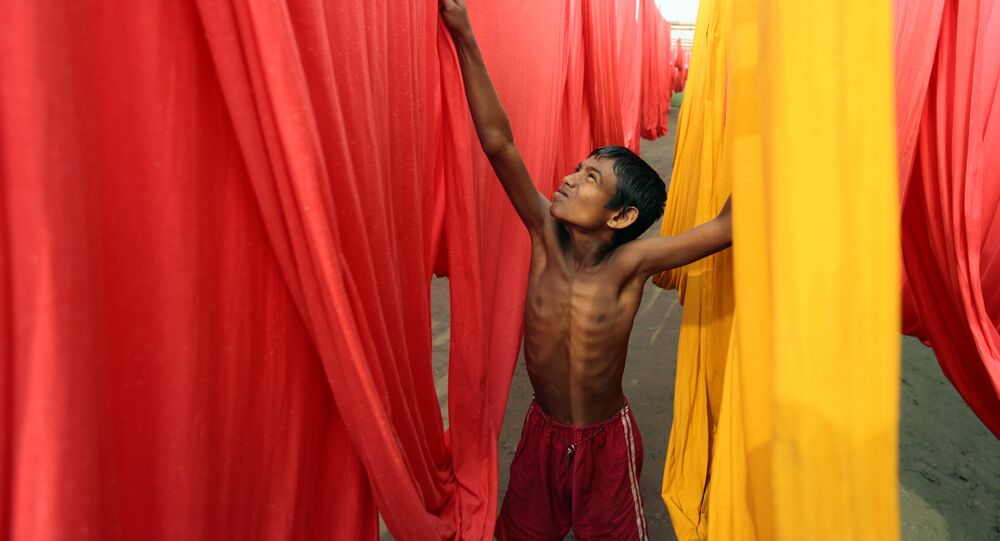 A coalition of rights groups are calling on the world's apparel and footwear companies to commit to publishing information that will enable advocates, workers and consumers to find out where their products are made - and has published a report on their efforts to universalize transparency standards across the industry.

Do u know how the workers who make your clothes are treated? Act now & tell major clothing brands to #GoTransparent. https://t.co/g4ymSAAuId pic.twitter.com/ha9oJ38UnK

Their 40-page report, Follow the Thread, is published just prior to the fourth anniversary of the Rana Plaza disaster in Bangladesh, the deadliest structural collapse in modern history, which claimed the lives of 1,135 and injured over 2,000. It was preceded by two large factory fires — one in Pakistan's Ali Enterprises factory, the other in Bangladesh's Tazreen Fashions factory — that killed over 350 in tandem. Afterward, labor advocates could not determine which companies' products were made at these factories, and had to hunt for the brand labels from the factory sites and interview surviving workers to determine who was responsible.

More Brands Should Reveal Where Their Clothes are Made https://t.co/VHA9w7AGa6 #GOTransparent @hrw

The report calls on companies to adopt the Apparel and Footwear Supply Chain Transparency Pledge. Companies that adhere to the pledge agree to publish information identifying factories that produce their goods, addressing a key obstacle to rooting out abusive labor practices in the industry, and helping to prevent repeats of calamities such as the Rana Plaza collapse.

Do you know which factories your clothes came from? Act now & tell major clothing brands to #GoTransparent. https://t.co/JWBlzpYo2S pic.twitter.com/TDSmOIWezx

"A basic level of supply chain transparency in the garment industry should be the norm in the 21st century. Openness about a company's supply chain is better for workers, better for human rights, and shows that companies care about preventing abuse in their supply chains," said Aruna Kashyap, Senior Counsel for Women's Rights at Human Rights Watch.

Moreover, there is intense pressure for apparel companies to publicize their supplier information among the investment community.

Most recently, the Corporate Human Rights Benchmarks, endorsed by 85 investors representing US$5.3 trillion in assets, score-carded apparel companies' supply chain transparency, demanding they publish at least the names of factories that produced for them.

"After Rana Plaza and other disasters, human rights groups, unions, and some companies and investors have seen how important transparency is for preventing abuses and for efforts at accountability. Companies need to put transparency into practice to show they respect human rights and decent working conditions," said Ben Vanpeperstraete, Lobby & Advocacy Coordinator at the Clean Clothes Campaign International Office.

The coalition contacted 72 companies and asked them to adopt the Pledge. The report details their responses and measures their supply chain transparency practices against the Pledge.

Of the companies contacted by the coalition, 17 will be in full alignment with the Pledge standards by December. This includes, Adidas, ASICS, ASOS, C&A, Clarks, Cotton On Group, Esprit, G-Star RAW, H&M Group, Hanesbrands, Levis, Lindex, New Look, Next, Nike, Patagonia and Pentland Brands.

Of those not in alignment with the standards, and won't be by December, five (including Gap, John Lewis, Marks and Spencer and Tesco) adhere to transparency practices falling just short of the pledge's standards, 18 are "moving in the right direction" by disclosing the names and addresses of cut-make-trim factories, and seven are taking small steps toward publishing supplier factory information.

Which global clothes companies are refusing to #GoTransparent about whether their workers suffer rights abuses? @HRW https://t.co/zD1JjJvG9A pic.twitter.com/pM3MI5RBMi

© AFP 2021 / Munir uz Zaman
Big Fashion Brand Ignorance of Dhaka Child Workers 'Stretches Credibility'
The remaining 25 do not publish information about factories that manufacture their products, and made no commitment to publish any of the information requested.

Some claimed disclosure would place them at a commercial disadvantage, but the coalition says such a justification is clearly contradicted by the fact other companies are publishing such information.

The coalition is urging these firms to align themselves with the pledge by December, in order to compel the apparel industry en masse toward a basic level of supply chain transparency.