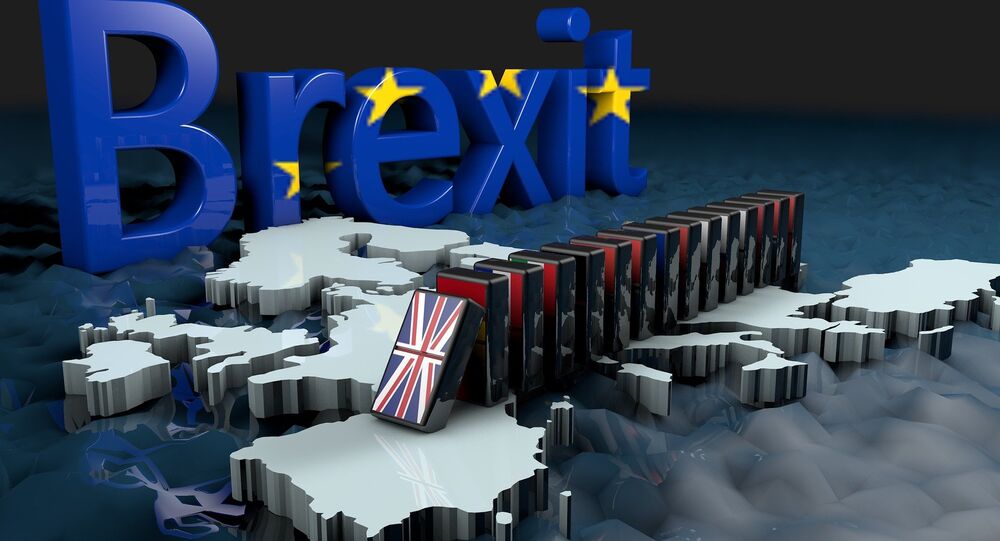 The Irish government has urged the European Union to ensure a close UK-EU trade relationship after Brexit.

MOSCOW (Sputnik) — The Department of the Taoiseach has sent a report to Brussels detailing the challenges faced by Ireland and its economy as Europe and the United Kingdom prepared to start Brexit negotiations, The Irish Times reported.

Brexit "presents uniquely significant and unprecedented political, economic and diplomatic challenges for Ireland, given the extent of the inter-connectedness of our people and economies," the report stressed.

The report also laid out a case for EU aid for Dublin to help the island nation cope with Brexit fallout, according to the publication.

The United Kingdom officially began the EU withdrawal process in late March by handing a formal letter to European Council President Donald Tusk. According to Article 50 of the Lisbon Treaty, the United Kingdom now has two years to complete the negotiation process. The Irish government on the same day said it would publish its Brexit strategy in April.

© Photo : Pixabay
English Wine Sees Opportunities as EU Competitors Fear Brexit Grape Depression
The Irish economy is Europe's most exposed to trade with the United Kingdom, with over 15 percent of Irish exports heading to its neighbor and over 30 percent of imports coming in across the Irish Sea.

Echoes of Brexit: Volatility Rises in European Markets Ahead of French Election