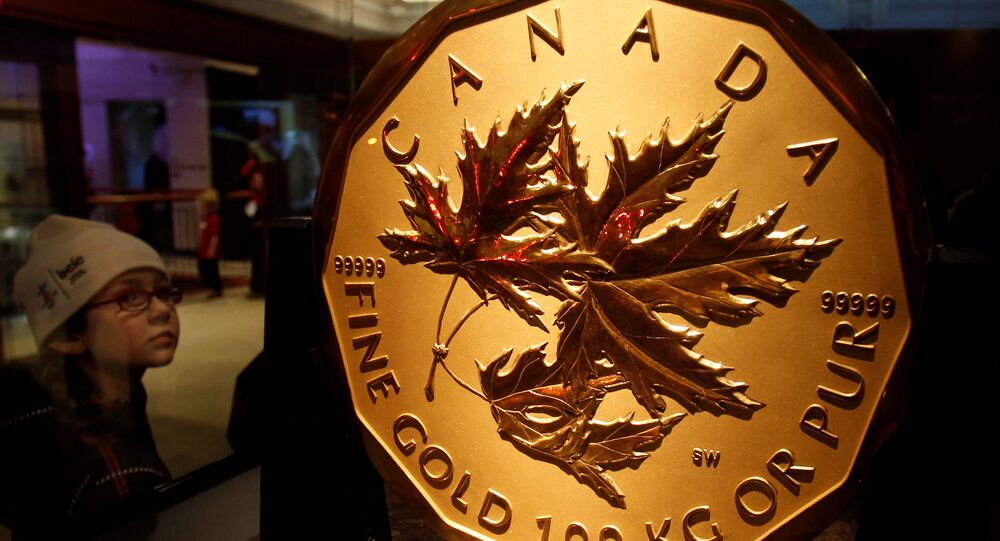 New details have surfaced in what authorities are now suspecting was an inside job involving the heist of a limited-edition gold coin weighing over 220 pounds from a Berlin museum last week.

Previously, officials with the Bode Museum in Berlin observed that high-tech security measures had not prevented the theft of the large gold coin, and now new information revealed on Wednesday points to a more old-school approach.

Thieves accessing the museum from a set of adjacent elevated train tracks likely placed a ladder against a window, breaking, entering, and then carting the heavy gold disk down the tracks using a wheelbarrow. Once over their intended getaway car, they apparently dropped the coin onto the ground from a distance high enough to leave a "substantial impact mark under the train tracks," according to Deutsche Welle.

They then loaded the stolen coin into a nearby getaway Mercedes and made their escape. The car was later found on fire in an underground parking garage, along with a rope, a ladder and a wheelbarrow.

The coin, one of only five struck by the Royal Canadian Mint in 2007 to commemorate a line of Gold Maple Bullion coins, is about 1.18 inches thick, and is almost 21 inches in circumference, and features a portrait of Queen Elizabeth II on one side, and the Canadian Maple leaf logo on the other. It has a face value of one million Canadian dollars (about $750,000), but in weight alone the metal is valued at up to $4.5 million at current market prices.

Due to the rarity of the coin and its new notoriety following the theft, it is thought that, if not recovered, it will be melted down and dispersed through black market channels.

On loan to the museum since 2010, the coin was owned by a German real-estate developer. The museum is insured against the loss.