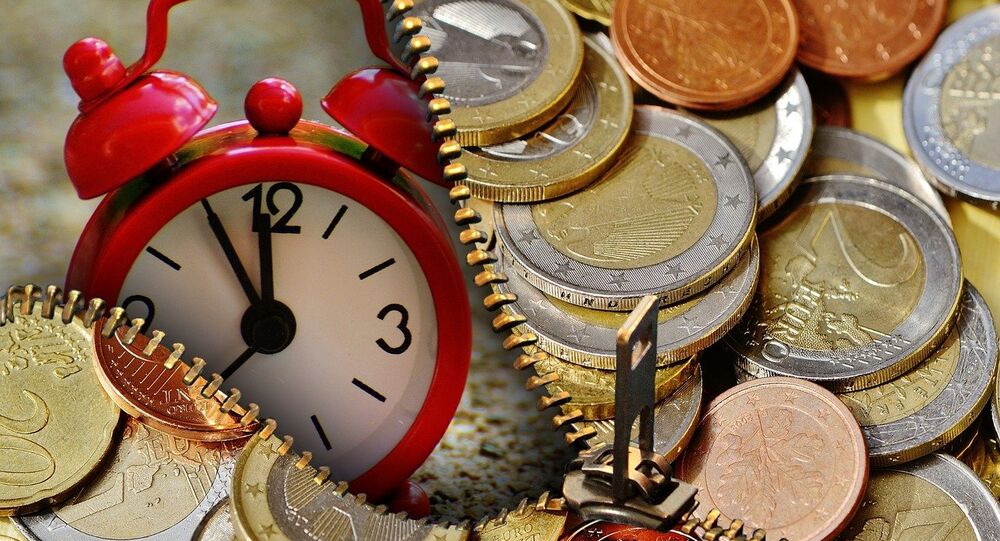 Leaving the Eurozone will exacerbate Italy's problems, an executive board member of the European Central Bank said.

MOSCOW (Sputnik) — Italy's growing support for abandoning the euro in favor of its previous currency is idealistic, and the move would result in exacerbating the country's internal problems, Peter Praet, an executive board member of the European Central Bank (ECB) said Friday.

"What I think opinion polls show is a disaffection with the general situation, of which the euro is made a scapegoat… The nostalgic alternative that everything will be alright just by returning to the lira amounts to fooling the people. The cost of a regime change would be huge and the poor would be the ones that suffer the most," Praet said in an interview with Italy's Il Sole 24 Ore, as quoted by the ECB.

Praet acknowledged that the euro was becoming increasingly unpopular in Europe, but stressed that "we arrived at monetary union after disastrous experiences with floating exchange rates and some unsuccessful attempts of orderly floating."

According to European Commission Vice President Valdis Dombrovskis, Italy faces a number of economic difficulties, including high levels of public and private debt, low growth potential, low productivity growth. In January, the European Commission asked Italy to reduce the budget deficit by some 0.2 percent of the country's GDP, warning that in case of non-compliance with EU spending rules the country could face fines and EU excessive deficit procedure (EDP).