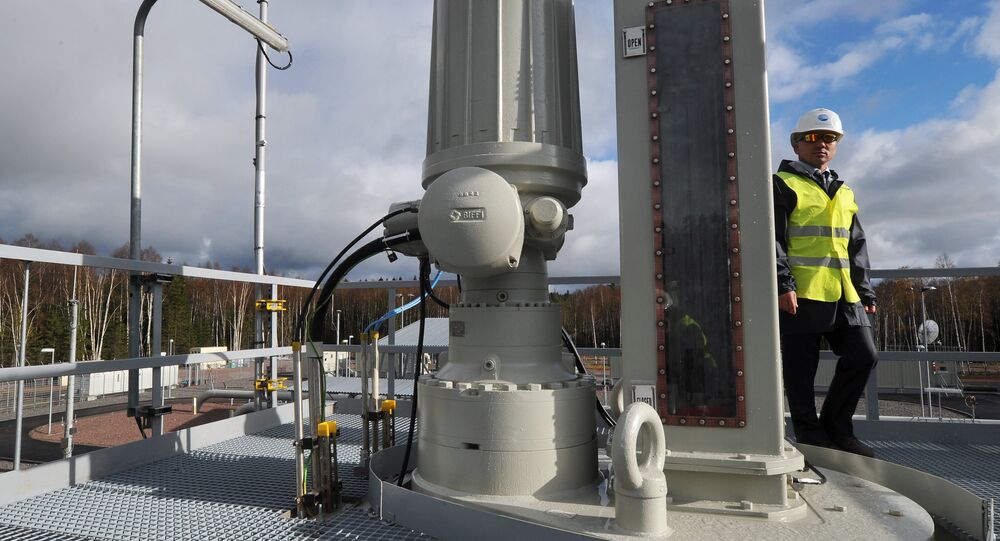 Poland announced it was unwilling to extend a long-term contract with Gazprom after its expiration and once again declared its readiness to diversify gas supplies. Russian expert and President of the Institute of Energy and Finance Vladimir Feigin told Sputnik that in this way Poland seeks to bargain more beneficial supply conditions in advance.

© Wikipedia
Ukraine, Poland Apply to Participate in Deal on Use of Opal Gas Pipeline Connecting EU, Russia-Built Nord Stream
The Polish state-owned oil and gas company PGNiG said it was ready to complete a long-term contract with Gazprom, which expires in 2022, and to diversify the sources of its gas supplies, Polish media reported.

Earlier, representative of the Polish government Petr Naimsky said that his country is unlikely to extend the contract with the Russian energy company.

"This is a start of bargaining. Poland wants to show that it has an alternative. This is a natural behavior for the Polish buyer, and they have done it before more than once," the expert told Sputnik.

According to Feigin, Polish activities go far beyond the contract with Gazprom. Poland has always been critical of Russia's plan to implement new energy projects and opposed Gazprom's Nord Stream 2 plan from the very beginning.

"At one time, Poland was against the "Nord Stream" project, because they wanted the gas to flow through their territory. Then they opposed the second line of "Yamal-Europe" and prohibited its construction. Now they are against Nord Stream-2. That is, they seek to show that they have alternatives, serious opportunities," the expert concluded.

A number of EU countries, notably Germany and Austria, have been supportive of the gas project but others, including Poland and the Baltics, argued it would increase energy dependence on Russia.