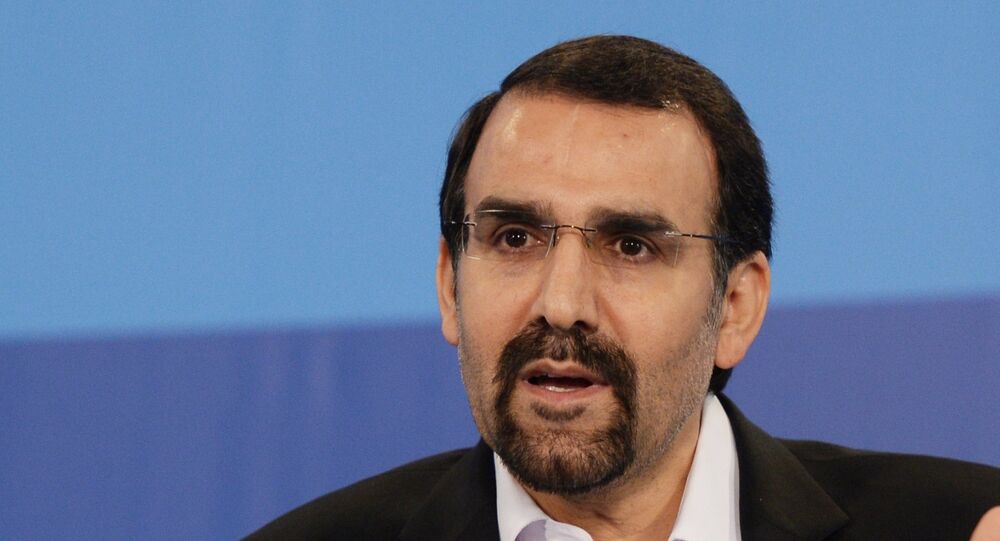 Iranian Ambassador to Russia Mehdi Sanaei expressed hope on Tuesday for the creation of a free trade area between Iran and the Eurasian Economic Union (EAEU), which would bolster Russia-Iran economic relations.

© Sputnik / Egor Eryomov
Unresolved Belarus-Russia Gas Dispute Hinders EAEU Market Development - PM
MOSCOW (Sputnik) — Moscow and Tehran held talks on the establishment of the free trade area between EAEU and Iran in February. After the negotiations, members of the EAEU prime ministerial council signed a directive ordering preparations for a temporary agreement on the establishment of the EAEU-Iran free trade zone.

"The economic relations between our countries are developing, and the signing of the basic agreements has created the ground for that. An 80-percent increase in the turnover last year proves this," Sanaei said during a round table discussion at Rossiya Segodnya International Information Agency.

Russian Foreign Minister Sergey Lavrov said in October 2016 that over the last two and a half years the turnover between Russia and Iran increased more than twice.