Russia’s Gazprom is mulling whether to offer its shares on one of Asia’s main stock exchanges, Andrey Kruglov, the deputy chairman of the firm’s management committee, said Tuesday.

MOSCOW (Sputnik) — Kruglov said at the Investor Day event in Singapore that the company "is looking into additional placement on one of Asia’s leading stock exchanges."

Last June, he said that the state-run gas producer was considering going to the Hong Kong stock exchange (SEHK) not earlier than 2017. He ruled out new bond issues.

Boris Ivanov, the managing director of Gazprombank, said earlier the GPB might place $500 million worth of yuan-denominated bonds on SEHK on behalf of Gazprom. 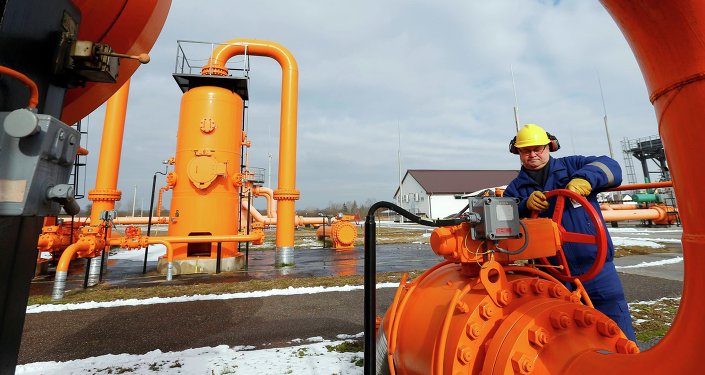 © REUTERS / Laszlo Balogh
Russia's Gazprom Says Gas Export Prices to EU to Stay in $180-190 Range in 2017
Gazprom's shares already trade in Moscow and its depositary receipts trade in London, Frankfurt and Berlin, as well as over-the-counter trading in the US.

In 2014, Gazprom signed a 30-year framework agreement with China National Petroleum Corporation (CNPC) for annual deliveries of 38 billion cubic meters of Russian gas through the eastern route pipeline, formally known as the Power of Siberia, which is expected to come on-stream in late 2019.