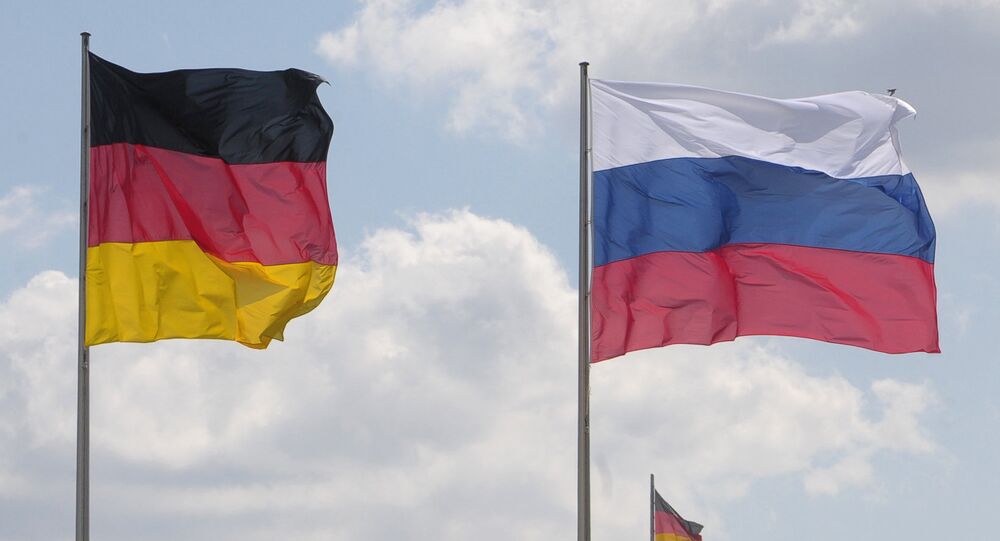 A free trade area for the European with Russia and the other members of the Eurasian Economic Union (EAEU) would have economic advantages for all parties involved, according to an analysis by the Center for Economic Studies (CES), Ifo Institute, Germany.

© AP Photo / Koji Sasahara
EU Pursues 'Pivot to Asia' With Japanese Free Trade Agreement
The study published on Monday said that a comprehensive trade agreement between Brussels and the EAEU "could lead to a 0.2 percent increase in real per capita income in the EU." For Russia, this increase could be as high as three percent, or €235 ($248) per capita a year.

"These income gains stem from the fact that the economic structures on all sides are highly complementary," Gabriel Felbermayr, CES director, explained at conference at the Ifo institute.

At the same time, according to the study, such partnership will not be possible until the Ukrainian conflict is resolved.

"A free trade agreement is barely conceivable as long as the Ukraine conflict remains unsettled. Such a pact could nevertheless form an integral part of a new strategic partnership between the EU and Russia," Felbermayr noted.

According to calculations, a free trade area would boost Russian exports to the EU by nearly €71 billion ($75 billion) and also increase exports of Russian products to the rest of the world.

It is noteworthy that initially the idea of a united economic community spanning from Lisbon to Vladivostok was proposed by Russian President Vladimir Putin back in 2010 when he was prime minister. He presented his vision in an article for the German daily Suddeutsche Zeitung.

"In the future, we could even consider a free trade zone or even more advanced forms of economic integration. The result would be a unified continental market with a capacity worth trillions of euros," Putin wrote.

He also proposed closer cooperation between Russia and Europe, including in energy, manufacturing industry, and hi-tech segments.

© Flickr / Pauline
Italian Entrepreneur Rides the Wave of Imports Phase-Out in Russia
As for Germany, the study said that a free trade agreement with Russia "could lead to growth of €31 billion ($32.7 billion) in exports." Other EU countries may also benefit from such an agreement.

Meanwhile, a fresh poll revealed that an overwhelming majority of German entrepreneurs in Russia hope the EU sanctions on Russia would be eased this year, although many are pessimistic about this outcome.

The survey by the German-Russian Chamber of Commerce (AHK) quizzed 190 German businesses that have a combined turnover of $30.7 billion in Russia and employ 122,000 people.

"Only 29 percent of entrepreneurs sampled expect sanctions to be eased this year, whereas 91 percent wish for this," AHK chairman Matthias Schepp told reporters.

Presenting the findings of the survey at a press conference in Berlin, Schepp said German businesses wanted EU economic sanctions against Russia to "be gradually lifted depending on progress in the implementation of the Minsk agreements."

"The willingness to invest in Russia remains consistently high. In 2016, the level of investment has reached the numbers not observed for a long time. […] The amount of investment at the end of the year is much greater than in the previous couple of years," von Fritsch told the Russian newspaper Moskovsky Komsomolets.

Since 2014, relations between Russia and the EU, including Germany, deteriorated amid the crisis in eastern Ukraine. Brussels, Washington and their allies have introduced several rounds of anti-Russia sanctions since Crimea reunited with Russia in 2014 and over Moscow's alleged involvement in the Ukrainian conflict.

German Businesses in Russia Pessimistic About Laxer Sanctions in 2017

German Business Proceeds to Invest in Russia Amid Sanctions – Ambassador