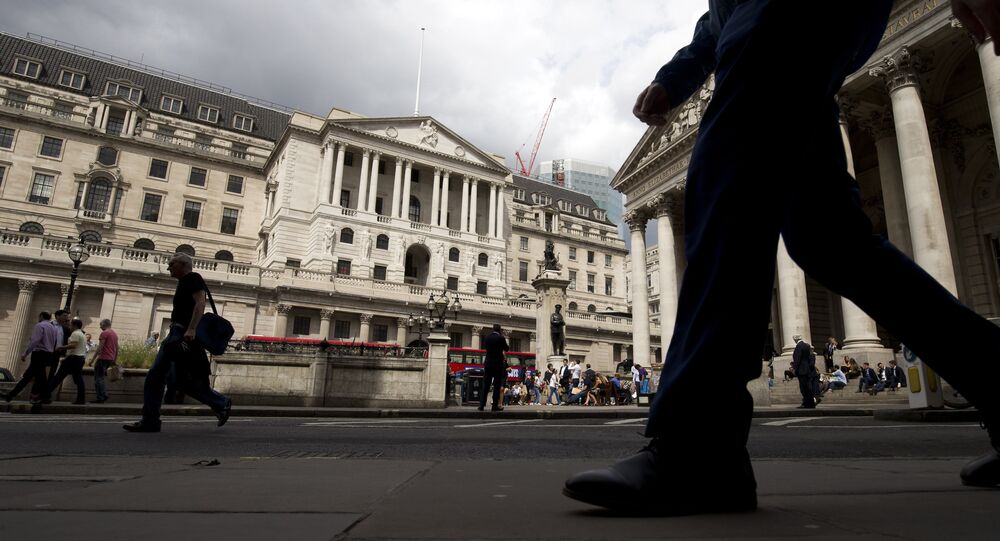 UK banks issued more consumer loans in January than expected previously, meaning the long-anticipated Brexit-inflicted slowdown in the UK’s economy will still have to wait.

Kristian Rouz – Ultra-low base interest rates of the Bank of England (BoE) propelled UK consumer borrowing higher in January, and mortgage approvals hit their 12-month highest, albeit earlier predictions suggested a consumer squeeze in the UK this year due to the rising inflation and other port-Brexit negative effects.

Yet, the credit expansion, driven by ultra-accommodative BoE rates, might prove unsustainable once the regulator starts removing the stimulus as the economy gets back on track.

According to a report from the British Bankers’ Association (BBA), UK borrowers expanded their credit balance sheet in January, which is encouraging news amidst the slowdown in consumer demand seen in December. Albeit retail sales cooled in December and January, the accelerated borrowing might support domestic consumption despite the higher inflation woes.

The BBA said on Friday that consumer lending grew by £528 mln in January compared to £249 mln in December. Most notably, credit card lending balance sheets rose by £116 mln, whilst personal loans and overdrafts contributed another £422 mln to the expansion.

Now, amidst the economic pressures the UK is facing due to Brexit, rising overdrafts might pose a concern to many individuals, but the near-term macroeconomic effects of this development are generally seen as positive. However, pickups in employment and wages are necessary in order to offset the possible risks and negative spillovers stemming from the expansion of the most volatile segments of consumer credit.

“While the latest data and surveys indicate that housing market activity has picked up from the lows seen around last August, it is hardly racing ahead,” Howard Archer of London-based IHS Markit said.

The BBA reported the gains in home loan approvals, up to 44,657 mortgages in January compared to 43,581 in December. This is the highest number since last January, when British banks approved 45,794 mortgage loans. Attractive interest rates were the main catalyst of the expansion, as the loosening of the BoE’s monetary policies have only started to be passed along to the consumer segment of the debt market.

Compared to a year earlier, overall consumer credit expanded by 6.7pc as personal loans drove the expansion. The positive effects of the credit expansion to the broader economy are, however, likely to be short-lived: the demand-side of the market is already battered by advancing inflation and the sterling’s devaluation, which means the Exchequer will have to introduce their fiscal stimulus package likely in the first half of this year.

Additionally, the UK’s labor market have shown the signs of cooling, meaning greater concern for the sustainability of the consumption segment.

© Flickr / Dan Lockton
'A Big Issue for Us': John Lewis to Axe 800 Jobs as Brexit Effect Strikes
Amidst the lingering Brexit anxiety, some UK businesses might become less optimistic of the economic prospects, which will inevitably add downward pressure to the labor market.

Gains in manufacturing, however, might produce more jobs in this sector, but these will likely be jobs outside of the London metropolitan area, the nation’s largest hub for consumer spending. Moreover, as the BoE Governor Mark Carney noted, households might cut their spending down the line, which would result in a broader economic slowdown. Coupled with the austerity measures still intact on the fiscal side, nosiness investment in the UK might find itself under pressure as well.

However, as for now, the incoming numbers are still surprisingly upbeat. Even though some statistics were mixed in the past two months, the consumer credit numbers provide some wiggle room for the Exchequer to consider the timing of their fiscal stimulus package.

Tony Blair, Brexit and the Collapse of Neoliberalism