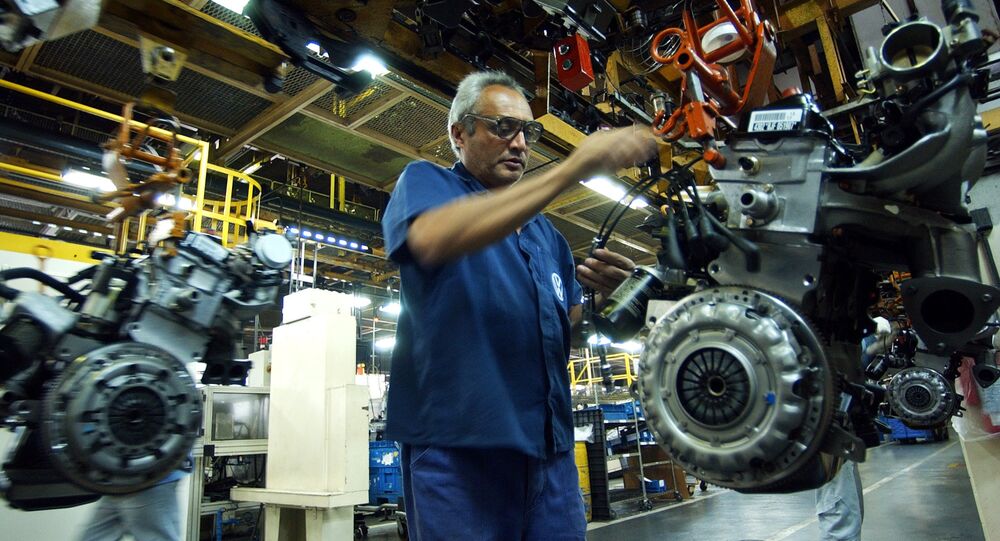 Commenting on the protectionist policy of the new administration of President Trump which is aimed at stimulating local manufacturing by increasing import taxes from such countries as China and Mexico, Director of Consulting Agency 4E Consultoria Juan Jensen told Sputnik Brazil why his country is set to benefit from it.

© AFP 2020 / Sandy Huffaker
Trump Wants 20% Import Tax to Pay for Wall With Mexico
President Donald Trump has proposed a 20% tax on goods imported from Mexico, which will see prices rise across a number products including cars, clothes, food and drinks.

While Mexican politicians are saber rattling with the US, the country seems to looking at Brazil and Argentina as an alternative to the US market.

A delegation of Mexican businessmen is set to visit these two countries later this week.

"If we compare the cars assembled in Mexico and Brazil, the Mexican-assembled vehicles will be of higher quality and they have more options for consumers in terms of automatic adjustment, vehicle configuration and so on," he told Sputnik.

Because of this, he said, Mexican businessmen think that they can increase exports by entering the Brazil automobile market.

© AFP 2020 / TIMOTHY A. CLARY
Trump’s Import Tax Likely to Disrupt US Supply Chain, Increase Production Costs
However, he further noted, the Brazilian automotive industry has its own capabilities. The country has all the facilities to produce more vehicles, the only problem is the lack of demand. People do not have enough free cash to be able to buy them, regardless of whether it has been manufactured locally or imported from Mexico.

On the other hand, he said, the restrictions imposed by the US on the products from China and Mexico may have a certain positive impact on Brazil's industry. The US is a vital commercial partner of Brazil and the restrictions on Mexico and China only increase the competitiveness of goods made in Brazil, he said.