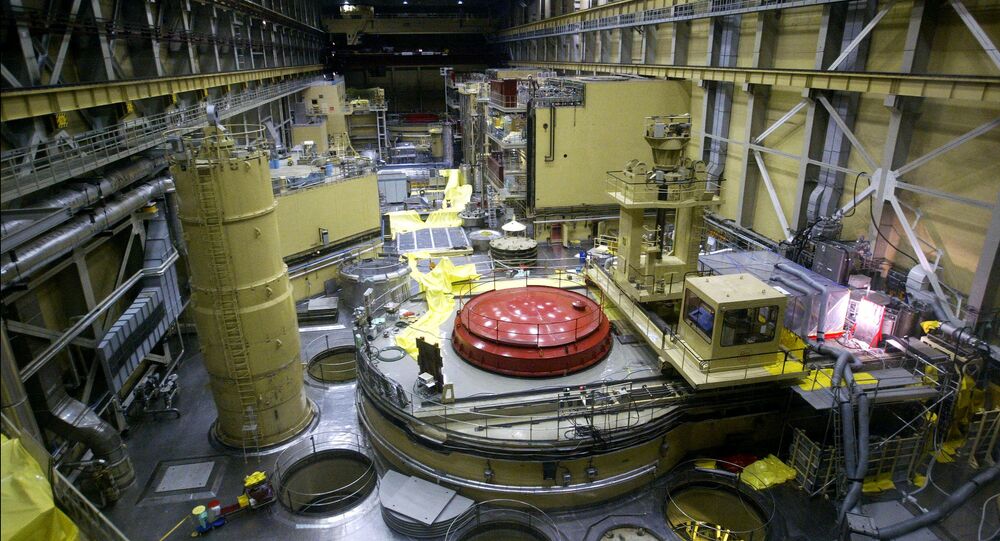 Russia is ready to fully finance the project to complete the construction of Hungary's Paks Nuclear Power Plant in the amount of 12 billion euros, if a relevant agreement is changed, Russian President Vladimir Putin said Thursday.

BUDAPEST (Sputnik) — Putin said the project is worth 12 billion euros, of which 80 percent was supposed to be supplied by a Russian loan.

"I informed the prime minister about other possible options. We are ready to finance all 100 percent, then the terms of the agreement should be a little bit different," Putin said at a news conference after talks with Hungarian Prime Minister Viktor Orban.

© Sputnik / Alexei Druzhinin
Hungary Plans to Start Preparations for Paks NPP Construction in 2017 With Russia – Orban
In late 2014, Russia and Hungary signed a deal to build units 5 and 6 at Paks, to be fitted with Russian VVER-1200 reactors. Russia is expected to provide Hungary with a loan of up to 10 billion euros ($11.14 billion at the current exchange rate) to complete the project.

On November 19, the European Commission opened an infringement procedure against Hungary to determine whether the financing of the Paks project complies with EU public procurement rules.