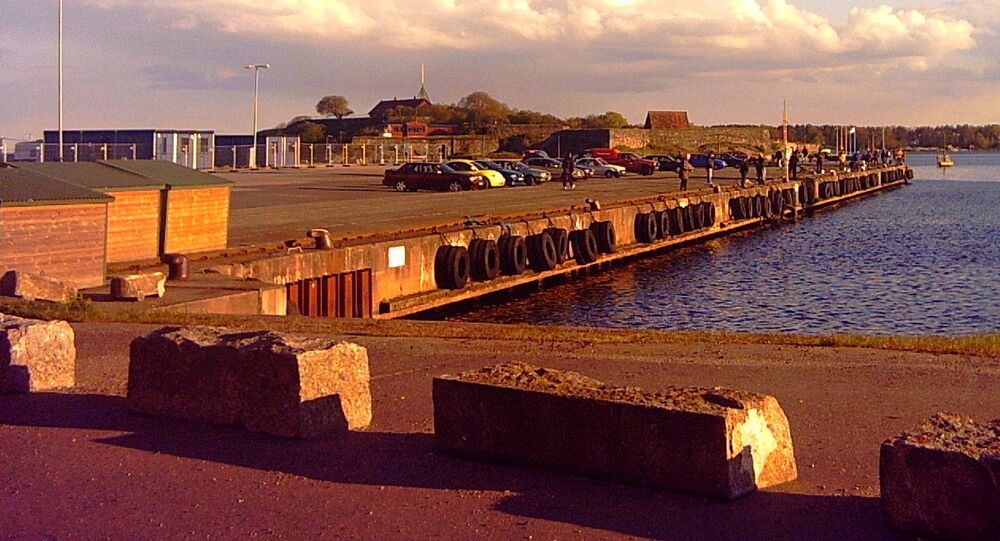 In December, the Swedish government said it loud and clear that leasing Swedish ports to Russia's Nord Stream 2 pipeline project would detrimentally affect Sweden's defense interests. Yesterday, the government made a surprising U-turn to the joy of the municipality that was counting on the Russian project.

© Flickr / alisdair
Stockholm's Bear in the Woods: Park Rangers Asked to Patrol Swedish Forests for Spies
In the long run, the Swedish government had to submit to the incessant pressure from Karlshamn Municipality, which was looking forward to store pipes for Nord Stream 2 in return for a generous reward, and green-lit the pipeline project despite remaining security concerns, Swedish national broadcaster SVT reported.

On Monday, Swedish Defense Minister Peter Hultqvist made it clear that the security assessment remained the same, namely that the use of the port by the Russians would "affect the Swedish defense negatively." Nevertheless, the Swedish government ruled the risks to be "manageable." The Coast Guard, Customs Service, Security Service and Defense Forces will cooperate continuously to assess "possible risks and threats," posed by the Russians.

Karlshamn municipal councilor Per-Ola Mattsson is pleased to have succeeded in the protracted fight for the pipeline, which was earlier estimated to bring the municipality at least 100 million SEK ($11mln) in revenues, as well as provide a welcome boost to its job market. In June 2016, Karlshamn arranged for the port company to buy the land from the municipality in order to later rent out the place to Gazprom, which is in charge of Nord Stream. Additionally, the municipality presented evidence of about 700 port calls from Russian ships a year, advocating that it would thus be illogical to ban Nord Stream while allowing other traffic.

"We are satisfied to have reached the goal. A bit stubborn are we, perhaps," a glad Per-Ola Mattsson said, as quoted by Swedish daily Dagens Nyheter.

© Flickr / BTHofficiell
Stubborn Swedish Municipality Still Striving to Join Nord Stream 2
According to the Board of Karlshamn AB, which manages the port, an agreement with the Dutch shipping company Wasco Coatings Europe BV specifically guarantees that no Russian ships will be used for the project.

As one of the largest of its kind in Sweden, Karlshamn harbor is used for imports of oil and gas from Russia, being free from ice and tides. According to Mats Olsson, the CEO of the port of Karlshamn, it is in the port's "DNA" to base its activity on cooperation, open borders and trade. According to Olsson, Karlshamn has for many years been working to generate new cargo flows between the Nordic countries and China, though, among others, Russia and the Trans-Siberian Railway.

"This is the reality that we must relate to," Mats Olsson said in a statement. "Long-tern development of Karlshamn while deliberately excluding ships and cargo from Russia or with some Russian connection is not possible," he added.

© Sputnik / Natalia Seliverstova
Finnish Ambassador to Sweden: Russia Won't Disappear, Deal With It
Karlshamn Municipality obstinately defended its interest in Russia's Baltic pipeline and refused to backtrack even regardless of increasing press from the Swedish government, unlike its competitor Slite harbor on the island of Gotland, which backpedaled immediately after the authorities raised a warning finger. Gotland's rejection is estimated to have resulted in a SEK60mln ($6.5mln) worth of lost profit

Swedish Foreign Minister Margot Wallström explained that the situation in Slite and Karlshamn was different. In Slite, Nord Stream personnel would have direct self-service access to the berth for two years, whereas Karlshamn harbor will be attended by its own staff. At present, Swedish efforts to re-militarize Gotland after nearly a decade of disarmament are underway, which also affected the unlucky outcome of Gotland's bid.