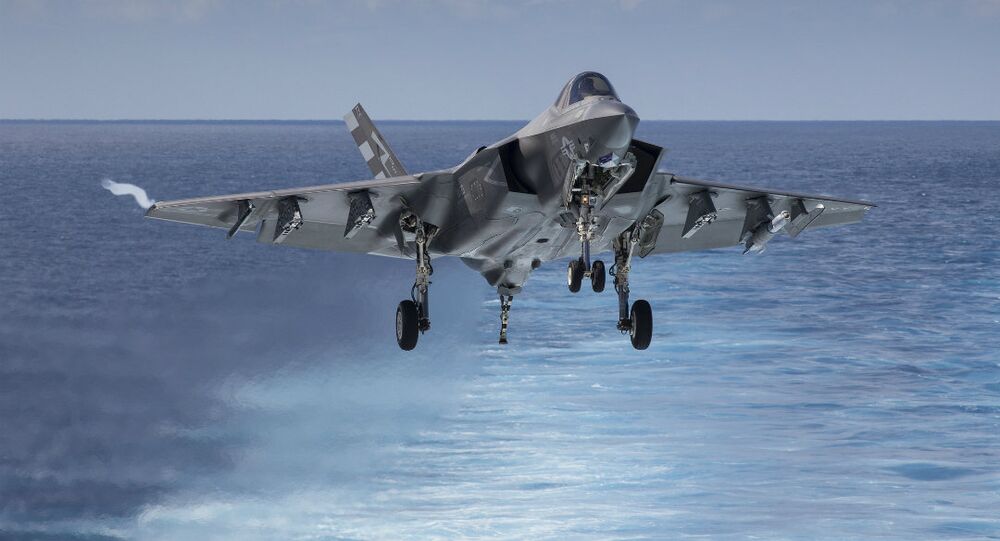 Donald Trump announced that the cost of the F-35 program will be cut by $600 million.

WASHINGTON (Sputnik) — The cost of the F-35 Joint Strike Fighter program will be reduced by some $600 million, President Donald Trump said in a press conference at the Oval Office on Monday.

"We are cutting prices…$600 million off F-35 fighter, and that only amounts to 19 planes," Trump stated.

Trump noted he appreciated that Lockheed Martin, the US defense contractor in charge of the F-35 program, was responsive on the issue of cutting costs.

Trump further said that another defense contractor, Boeing, will be competing for delivery of other aircraft from the order.

"I appreciate Boeing for coming in and competing… Now they will be competing during the process for the rest of the planes," Trump added.

© REUTERS / Darin Russell/Courtesy of Lockheed Martin
F-35 Fallout: How World's Most Expensive Fighter Launched 'Strike' on Pentagon
The F-35 jet’s acquisition price has been estimated at $395 billion for 2,457 aircraft, or $160 million per unit, the Government Accountability Office (GAO) said in a report in March 2016.

Following a meeting between Trump and Lockheed Martin CEO Marilyn Hewson earlier in January, the company announced plans to reduce the cost of each jet fighter to less than $100 million per airplane.