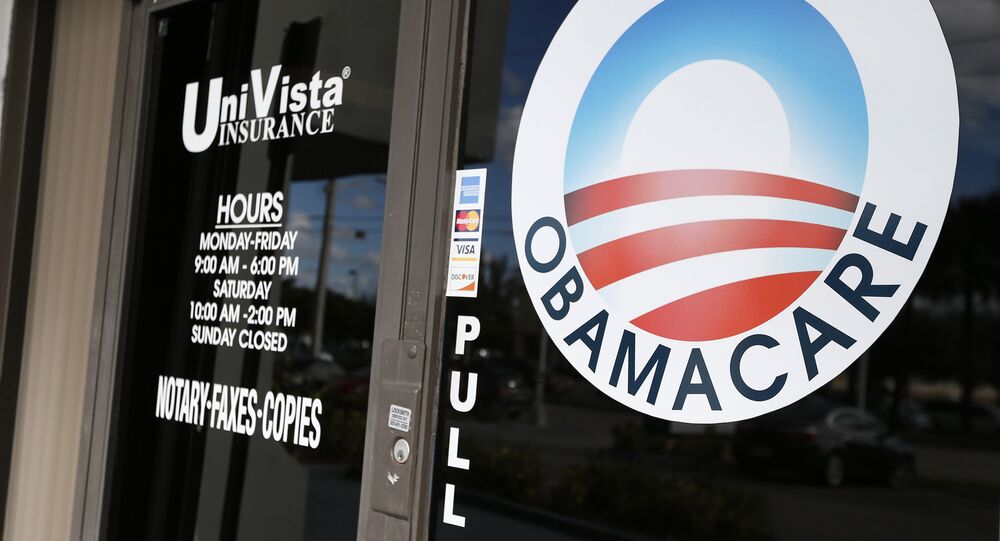 Health departments in the US state of Pennsylvania will lose nearly $112 million if the US Congress repeals the Affordable Care Act, also known as Obamacare, which funds the state’s Prevention and Public Health Fund (PPHF), Pennsylvania Secretary of Health Dr. Karen Murphy said in a press release on Thursday.

© REUTERS / Jonathan Ernst
Obamacare Ease Becomes Trump's First Executive Order
WASHINGTON (Sputnik) — Pennsylvania’s health departments face a deficit of $111,991,355 over the next five years if Obamacare is repealed, according to the release.

"Repealing the Prevention and Public Health Fund would resonate beyond the federal level and hit state and local health departments hard," Murphy stated. "The loss of this funding in the coming years arrives at a time when major health threats, like infectious diseases and the opioid epidemic, are on the rise."

Murphy also said the PPHF is "vital to help protect the health of the nearly 13 million people who call Pennsylvania home."