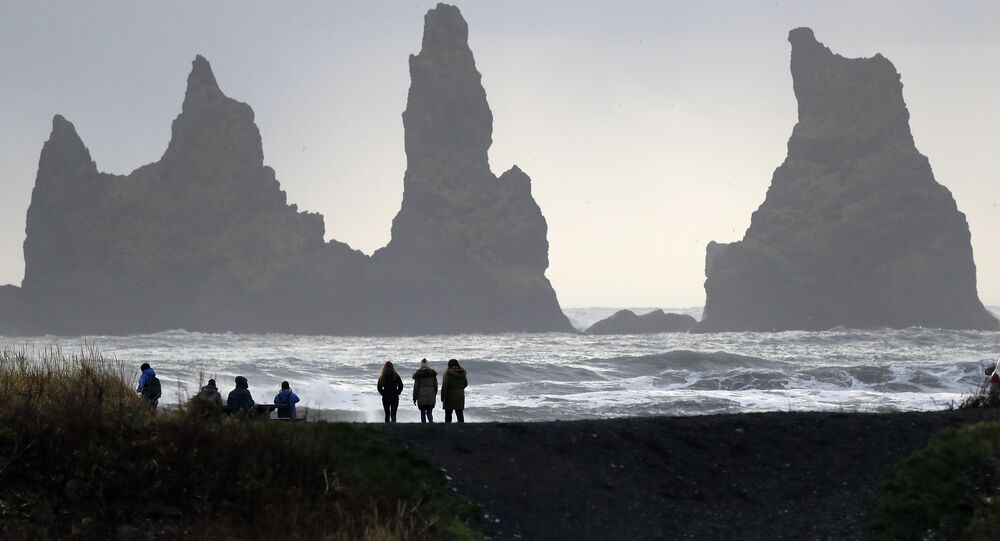 The Nordic nation of Iceland has gone from relative obscurity to international fame, following dramatic volcano eruptions and its national football team exploits that made international headlines. Never before have so many tourists flocked to Iceland, and the booming tourism industry is helping the country overcome an economic crisis.

In 2016, nearly 1.8 million tourists visited the diminutive island nation of just 330,000 inhabitants, which marks a 40 percent increase compared to 2015, according to recent figures from the Icelandic Tourism Board. Remarkably, the largest growth was recorded in December, which is by far the coldest and the darkest time of the year in Scandinavia. During the extended Christmas period, Iceland welcomed 76 percent more tourists compared with the previous year.

At present, Iceland has an unemployment rate of about 2 percent and an annual growth rate of 4 percent, with tourism having become the island nation's biggest industry, overtaking fisheries.

In guidebooks, Iceland is being marketed primarily for its pristine nature. Hundreds of thousands of tourists are drawn to its glaciers, lagoons, bleak frozen-lava-landscapes, black sand beaches and geysers despite the lack of sunlight, strong winds and notoriously unreliable Atlantic weather.

That day we got our bums out in front of the #icebergs and the bus of tourists. #nudist #diceland #iceland #bumsoutgunsout

Ironically, the tourist boom itself was triggered by a natural calamity. In 2010, ash from the Eyjafjallajökull volcano disrupted air traffic across Europe, cancelling thousands of flights, and for many people this put Iceland on the world map. In 2016, the unbelievable football feats by the Icelandic national squad in the European Championship reinforced Icelanders' Viking heritage.

© AFP 2021 / MARCEL MOCHET
Brace Yourselves! New Monster Volcanic Eruption Nears in Iceland
Despite the fact that the total number of tourists already exceeds Iceland's home population five-fold, the island can handle up to three million visitors a year, Skúli Mogensen, owner of WOW Air, which shipped one third of last year's tourist crop to Iceland, told Danish Radio. At the same time, Mogensen warned against over-developing the island to preserve a genuine Icelandic feel.

Another threat stemming from Iceland's storming success as a tourist destination is the formation of a new economic bubble, as it already happened in 2008, when Iceland's bloated banking sector lost its momentum and collapsed. In the following years, unemployment spiked to almost 12 percent, the country's stock market fell by 95 percent, whereas interest rates on loans rose by 300 percent. Many Icelanders had to sell their businesses, homes and cars.

© REUTERS / Michael Dalder
Viking Spoils: Icelandic Football Squad's Heroic Feats Net Millions
Economics professor Þórólfur Matthíasson of the University of Iceland, Reykjavík, warned against overcapacity in the tourism industry at the expense of other branches. According to Matthíasson, the influx of tourists is making Iceland increasingly expensive. While the Icelandic krona bolsters its stance against other currencies, it may stop the flow of tourists. In Matthíasson's judgment, Iceland should rather develop a plan B to manage tourism, before something goes terribly wrong with the country's economy.

"Instead of having these dramatic ups and downs, I would like to see a more balanced development," Þórólfur Matthíasson told Danish Radio, warning of the risk of a new crisis growing every day.

"People are buying and building more and more. But this firm faith in the inexhaustible well alone does not hold water. Someday it will dry out," Icelandic entrepreneur and horse breeder Diddi Bárðarson told Danish Radio, recollecting bitter experiences of his own from 1980s.

Five Prints Giveaway! Hi Guys, I am giving away five 20"x30" prints of this photo!For a chance to win follow @iuriebelegurschi and tag 3 friends in this post. I will choose the lucky winners tomorrow and will announce them in my Instagram stories!Good Luck! 👍