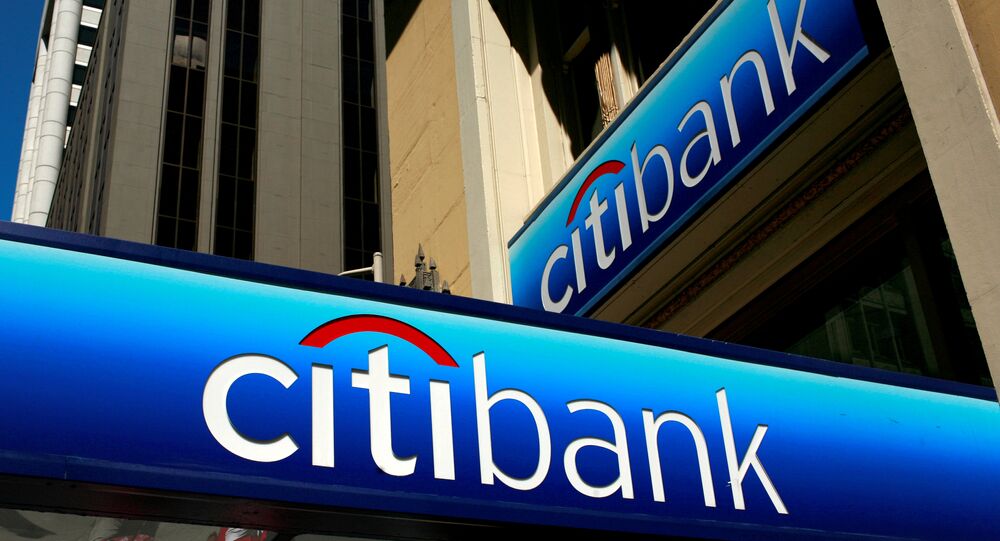 Citigroup has established 25 criteria to weigh up which European Union financial center will host its operations in the wake of Brexit - and an economist has told Sputnik the ensuing withdrawal of financial firms from the UK represents an opportunity to "reinvent Britain's economy."

The US financial giant employs 9,000 people in the UK, but is said to have been in discussions with authorities in several locations as the deadline for triggering Article 50 approaches, and the prospect of the UK losing its single market access becomes increasingly likely. Jurisdictions under consideration are said to include France, Germany, Ireland, Italy, the Netherlands and Spain.

© REUTERS / Suzanne Plunkett
Bankers Have Lost Interest in the UK, Don't Fear Withdrawal Symptoms
It's not yet clear how much of the firm's business will be relocated, although James Cowles, head of Citi's operations in Europe, the Middle East and Africa, made clear some proportion at least will unquestionably be moving. He added that a decision would be made in the first half of 2017, noting many other financial firms seeking to partially or wholly depart the UK would operate on a similar timescale.

Among the 25 criteria under consideration are legal complexity and local infrastructure, such as schools and housing to accommodate relocated staff.

Citi may be less disrupted by Brexit than many other banks — the group employs 60 percent of its 19,000-strong European workforce outside the UK. JP Morgan warned prior to the referendum that 4,000 jobs were at risk; HSBC has announced up to 1,000 jobs will move to Paris; Goldman Sachs will shift some of its 6,000-strong workforce out of the City.

While Theresa May might be losing sleep at the prospect of an en masse exodus of financial services firms from the UK, others aren't grieving the prospect. Josh Ryan-Collins, senior economist at the New Economics Foundation, said the departure of major investment banking divisions from UK soil represented an opportunity to "reinvent Britain's economy," and for the public and politicians alike to consider whether they want the UK "to be predominantly driven by the interests of high finance."

"This is a very good time to start thinking about the bigger picture, and determine what we're going to do to reform our financial system, so that it better supports domestic productivity and the 'real' economy, and creates jobs outside London. Currently, lending to consumers is only done at high interest on a short-term basis, to keep them buying things. Only 10% of all bank lending in the UK supports non-financial businesses. We need a financial sector that will invest in British businesses and innovative products," Ryan-Collins told Sputnik.

Mr. Ryan-Collins went on to say that too much emphasis was placed on saving the post-Brexit financial sector presently.

"Most discussion centers on removing regulations and 'improving' the tax environment. If this remains our focus, we could end up in situation where we don't remove our dependency on finance, and we become even more dependent on it — particularly speculative finance," he concluded.

In the US, the Securities and Exchange Commission has announced Citi will pay around US$3 million to settle charges that it made false and misleading statements about a foreign exchange trading program they sold to investors.

According to the SEC order, Citigroup held a 49 percent ownership interest in Morgan Stanley Smith Barney at the time, and registered representatives at both firms were pitching a foreign exchange trading program known as "CitiFX Alpha" to Morgan Stanley customers from August 2010 to July 2011.

The SEC found Citi failed to adequately disclose that investors could be placed into the program using substantially more leverage than advertised, and markups would be charged on each trade. By doing so, investors suffered significant unforeseen losses, and Citi breached Section 17 of the Securities Act, which prohibits obtaining money or property by means of any material misstatement or omission in the offer or sale of securities.

"Citigroup and Morgan Stanley sold securities in a complex trading program without giving certain investors important information about the risks and costs of the program. Investors simply cannot be sold investments based on disclosures that are inaccurate or incomplete," said Eric Bustillo, director of the SEC's Miami office.