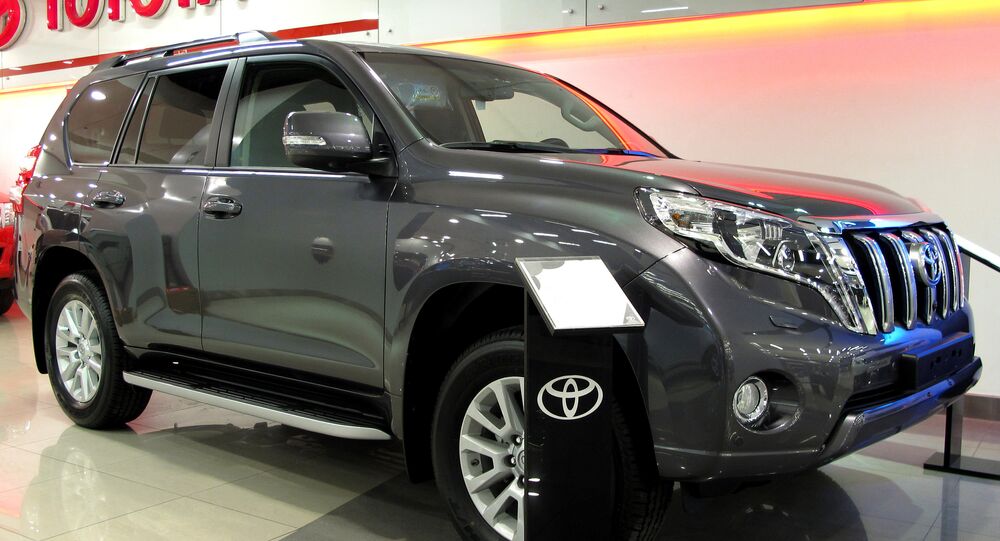 Toyota stated that it would add 400 jobs and invest $600 million to modernize its plant in the US State of Indiana to meet growing SUV demand.

© REUTERS / RICK WILKING
Highest Level Self-Driving Car Years and Miles Away - Toyota Exec at CES 2017
WASHINGTON (Sputnik) — Japanese automaker Toyota will add 400 jobs and invest $600 million to modernize its plant in the US State of Indiana to meet growing SUV demand, the company said in a press release on Tuesday.

“The company will add 400 jobs at the plant in Princeton, investing $600 million to meet the strong and growing demand for the Highlander midsize SUV and modernize the entire plant,” the release stated. “This expansion project is part of Toyota’s localization strategy to build vehicles where they are sold.”

Toyota’s decision comes just weeks after US President Donald Trump said in a Twitter post that the automobile manufacturer will pay a substantial border tax unless it changed its plans to build a new plant in Mexico.

During his campaign, Trump frequently told supporters he would institute a 35 percent tax on US companies who made their products outside the United States and then tried to import them back into the country to sell.

Indiana Jones & the Fridge of Doom: Scientists Say Indy Would Die From Radiation