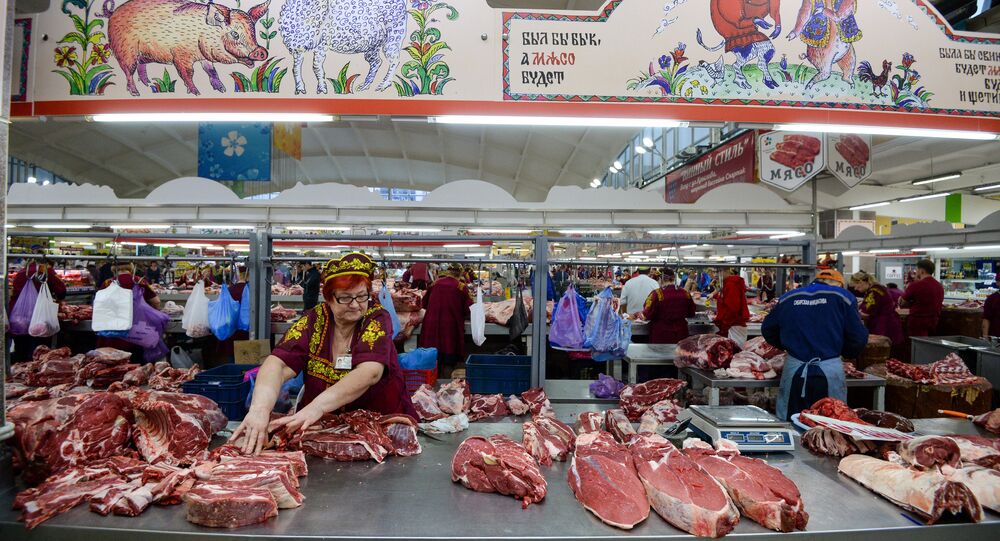 As Russian producers reap the rewards of import substitution, Austrian exporters are ruing the EU's decision to impose sanctions.

Fellner said that he hopes the sanctions "will soon be abolished," but warned that Austrian exporters will find it tough to return to the Russian market because of a change in Russian consumer tastes, and Russia's import substitution policy.

He said that four years ago was a "paradise market" for Austrian exporters selling expensive luxury products that Russians were willing to buy.

However, in the meantime Russian consumers "have become more price-conscious and critical" of what they buy.

However, following the imposition of sanctions, in 2015 the volume of bilateral trade decreased by 38.1 percent, and by another 9.5 percent in the first nine months of 2016.

As well as counter-sanctions, Russia also instituted a policy of import substitution, which is is already bearing fruit. Last month month Russian Trade and Industry Minister Denis Manturov said that import substitution in the pharmaceutical industry has reached 76 percent.

"We started to engage in this industry at the end of 2007 and have continued actively since 2009. According to statistics from November, more than 76 percent of the products on the list of essential medicines are of Russian manufacture … we believe that by 2018 we can reach 90 percent, which is absolutely possible," Manturov told the Izvestiya newspaper.

© Sputnik / Alexandr Astafiev
Year in Review: Trend-Setting Year for Russia’s Aircraft Manufacturing
Import substitution has also improved in engineering industries. In heavy engineering the share of imports fell from 60 percent in 2014 to 48 percent over the first nine months of 2016. In the power engineering the drop was from 33 to 24 percent, while in oil and gas engineering from 55 to 46 percent.

At the same time, Russia managed to double in 2015 the production of agricultural machinery while in 2016 the share of imports amounted to 48 percent compared to 60 percent in 2014.

Russia was one of Austria's top ten trade partners, and the majority of imports from Austria to Russia were in the pharmaceutical, machine-building and motor industries.

Austria's former trade ambassador said that as Russia begins a slow but steady economic improvement, Austrian firms will find it difficult to re-enter the Russian market.

"The Russian economy is like the Trans-Siberian railway, it takes a long time to get ready, but when its gets moving, it moves a lot," Fellner said.

Sanctions and the Russian government policy of import substitution have also helped Russia's farmers to increase their production.

According to data from Russia's Agricultural Ministry, over 126 million tons of grain was harvested in 2016, the most in Russia's modern history and 16 percent more than in 2015.

Production of other food products such as sunflower oil and milk also increased last year, by 11 percent and two percent respectively.

© Sputnik / Aleksandr Pogotov
German Machine Makers Move to Russia to Bypass European Sanctions
Between January and November 2016 the production of meat and poultry for slaughter increased by 6.3 percent in comparison with the same period of 2015. Thanks to greater production, the volume of Russian meat imports decreased by 21 percent.

The US, EU and a handful of their allies began to impose a series of sanctions against Russian individuals and businesses in March 2014, following Crimea's decision to secede from Ukraine and join the Russian Federation in the aftermath of the Euromaidan coup d'etat.

Russia retaliated by launching its own sanctions on August 7, 2014, which affected the import of certain food products, such as cheese, vegetables, fruit and meat.

The original decree signed by President Vladimir Putin declared the embargo would last for one year, but it has since been prolonged in step with EU/US sanctions. In December, the EU Council extended anti-Russian sanctions until July 31, 2017, and Russian counter-sanctions have been extended until December 31, 2017.