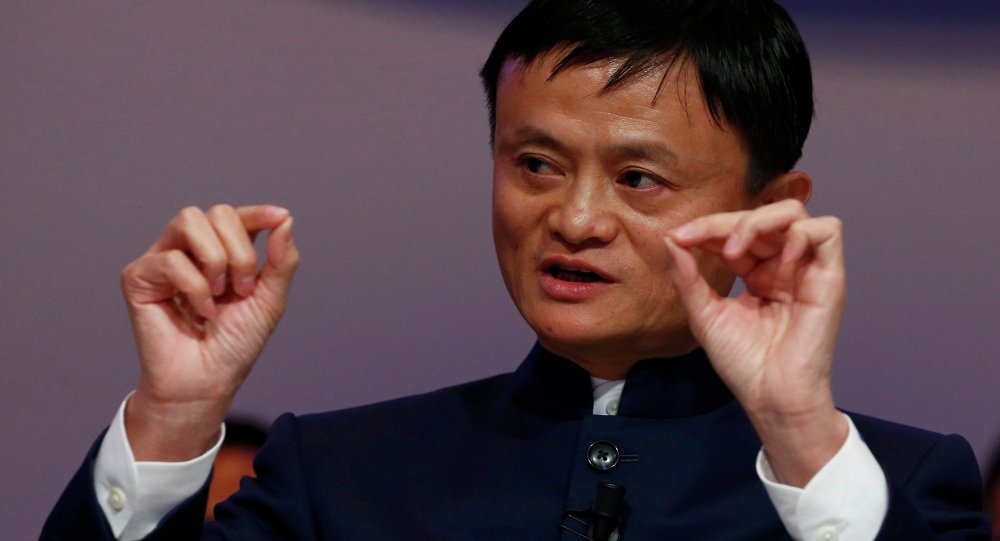 Alibaba founder Jack Ma blames the problems of the United States on the United States itself, as the country has spent trillions of dollars to wage war, instead of investing in infrastructure and its own people.

© REUTERS / Brendan McDermid/Files
No More Chinese Fakes: Alibaba Declares War on Counterfeit Goods
Commenting on President-elect Donald Trump's decision to impose new tariffs on Chinese imports, ostensibly to protect domestic American manufacturers, Jack Ma, the founder of one of the biggest online retailers in the world, Alibaba, said the US should blame itself, not China.

"It's not that other countries steal jobs from you guys," Ma said. "It's your strategy. Distribute the money and things in a proper way."

According to Ma, the United States has spent some $14 trillion waging war abroad over the last 30 years, instead of investing in itself, according to CNBC. Ma named this as the main reason that the US economy is weakening.

Chinese billionaire Jack Ma says the US wasted trillions on warfare instead of investing in infrastructure https://t.co/conayho1du pic.twitter.com/TX23xbOPmd

​Ma said that globalization strategy promulgated by the US has brought massive income for multinational corporations and high-level investors, but that money has missed the American citizen.

"American multinational companies made millions and millions of dollars from globalization," Ma said. "The past 30 years, IBM, Cisco, Microsoft, they've made tens of millions — the profits they've made are much more than the four Chinese banks put together…. But where did the money go?"

Ma's answer is Silicon Valley and Wall Street. Ma stressed that he supports globalization, but it "should be inclusive," with the spoils shared by nations, not just going to a wealthy few.

"The world needs new leadership, but the new leadership is about working together," Ma said. "As a business person, I want the world to share the prosperity together.