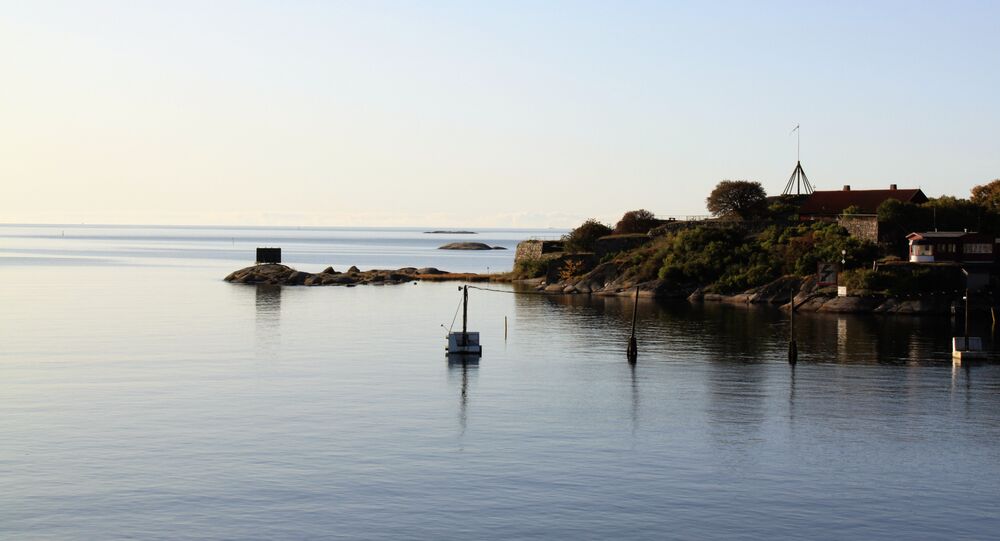 In late 2016, Swedish municipalities' plans to lease ports to the Russian Nord Stream 2 gas pipeline became a topic of heated debate. While local authorities were willing to take part in the lucrative project, Swedish government officials were reluctant to deal with the Russians citing security concerns. So far, no consensus has been reached.

© Sputnik / Sergey Guneev
Sweden Backtracks on Baltic Gas Project For Fear of Russian 'Bugs'
Karlshamn Municipality, which was particularly optimistic about taking part in the profitable Nord Stream 2 project, is making no effort to conceal its disappointment and keeps pestering the Swedish government for an explanation why the storage of Russian pipes is to be avoided, Swedish daily Svenska Dagbladet reported.

After a recent meeting with Swedish Foreign Ministry as well as representatives of the Swedish Armed Forces, there is still no answer regarding Karlshamns's possible role in Nord Stream 2. It would be a natural loss of prestige for the Swedish government if Karlshamn were to sign the agreement on the storage of pipes for Nord Stream 2 despite reservations from the Swedish defense and criticism from high-ranking government officials such as Prime Minister Stefan Löfven and Foreign Minister Margot Wallström.

Previously, the Swedish Armed Forces had expressed concerns about the Russian pipeline project. According to the Swedish Navy, the storage of Russian pipes in Karlshamn would increase maritime traffic in this segment of the Baltic Sea, which would have a negative impact on the Swedish defense. Blekinge County, where Karlshamn is situated, is home to the Swedish Navy's largest base of Karlskrona, which is the main reason for Sweden's obstinacy.

© Photo : roennehavn.dk
Danish Port Eager to Become Gotland's Stand-in in Nord Stream 2
However, this explanation is not good enough for Karlshamn Municipality. The maritime traffic in the area is on the rise regardless of the Russian pipeline project, with the number of vessels calling at the port of Karlshamn increasing by about 10 percent each year.

"Does this mean that the ports of Stockholm, Karlskrona, Oskarshamn are not allowed to increasing their operations either?" municipal councilor Per-Ola Mattsson asked rhetorically.

At present, Karlshamn receives about 700 ships a year. In 70 percent of the cases, there are Russian crew members present. Furthermore, Karlshamn harbor already serves as a depot for imports of gas and crude oil from Russia. According to Karlshamn Municipality, Nord Stream 2 would hardly entail any increased Russian presence.

Through its participation in Nord Stream 2, Karlshamn hopes to harvest at least 100 million SEK ($11mln) in revenues, as well as boost its job market.

© Sputnik / Sergey Guneev
Self-Inflicted Fears of Russian Aggression Scare Swedes From Nord Stream 2
Another Swedish contender, the port of Slite, which is situated on the strategic Baltic island of Gotland, dropped out of the race due to incessant meddling from government officials who strenuously oppose the Russian project. In Gotland's case, the lost profit is expected to amount to 60 million SEK ($6.5mln).

In light of Gotland's involuntary refusal, the Finnish ports of Kotka and Hanko, as well as German Mukran on the island of Rügen, are considered as alternative Nord Stream harbors. Even the Danish island of Bornholm registered its interest to lease Rønne harbor to the Russians.