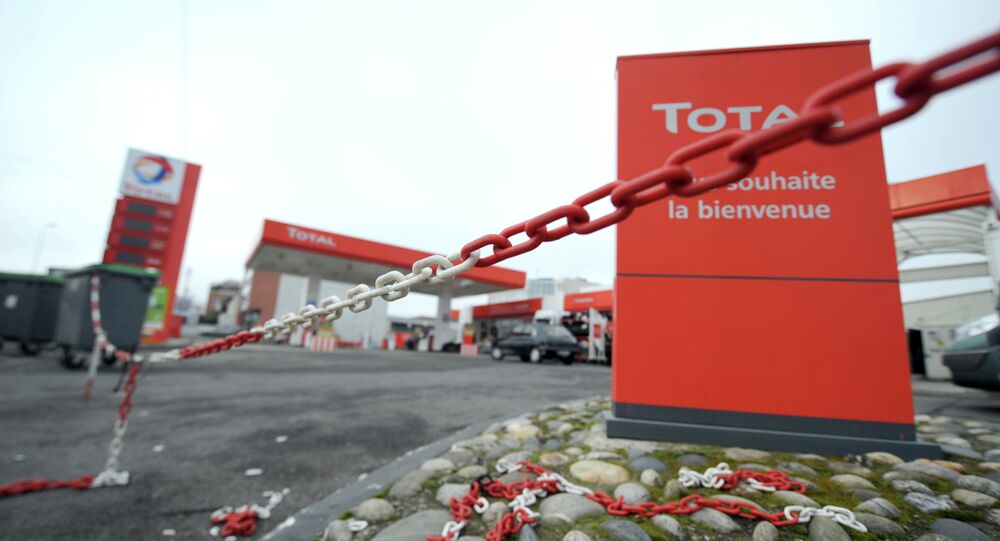 The French company Total will buy shares of the Brazilian oil fields and energy facilities worth $2.2 billion, Brazilian company Petrobras, which currently owns the oil fields, said on Thursday.

In particular, Total is due to get a share of 22.5 percent in the Iara Oil Field as part of the BM S-11 block, while Petrobras will remain the operator with its share of 42.5 percent.

The French company also buys 35 percent of the recently launched Lapa deep-water field, the BM-S-9 block. Petrobras will retain 10 percent of the project.

© AP Photo
French Total CEO Plane Crash Defenders Face Two Civil Suits
Both oil fields are part the Santos Basin, which is an offshore pre-salt basin located in the south Atlantic Ocean some 190 miles south east of Santos, Brazil. The basin, one of the largest and in Brazil,, and has been profoundly discovered in the last decade.

In addition, Total will become a 50-percent shareholder in the two thermoelectric power plants, the Romulo de Almeida and and the Celso Furtado, both started in 2004, with the capacities of 138 MW and 186 MW, respectively.

The Brazilian company will also receive a 20-percent share in the Perdido Foldbelt field in Mexican part of the Gulf of Mexico.