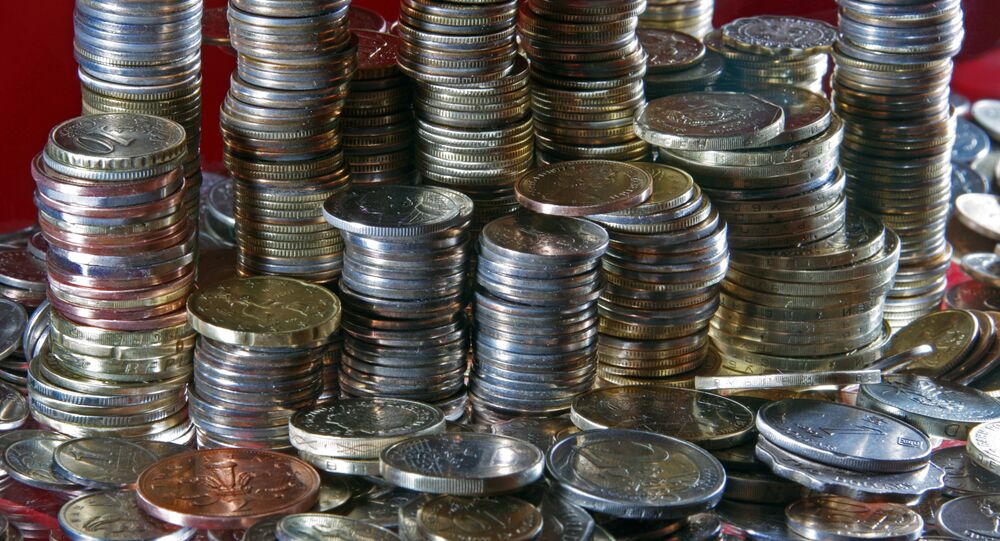 With Italian and Spanish banks facing an increased capital squeeze with a lack of sufficient reserves, the most prudent investment strategy is closing exposure to risk, cashing out at the top of the market, as a decline is increasingly likely.

Kristian Rouz – The recent gains in the financial markets have opened a real opportunity to exit risky assets such as stocks in the light of the increasingly likely banking sector meltdown in southern Europe.

© Flickr /
Italian Banks Face Optimisation in Attempt to Dodge Bad Loan Crisis
The struggling Italian and Spanish banks, facing astonishingly high volumes of non-performing loans (NPLs), require cash inflows in order to close the gaps on their balance sheets, meaning investors, in order to preserve the value of their portfolios, might opt to sell, thus diminishing their exposure to the mounting risks.

Italian banks have an estimated $54 bln gap in their balance sheets due to the rise in their loan-loss provisions, allowing to sell their NPLs cheap. The sky-high amount of bad loans requires a greater volume of bank reserves, which these financial corporations simply do not have. Meanwhile, the amount of funds the Italian government agreed to provide for recapitalisation of the struggling lenders is insufficient to close the gap.

UniCredit SpA will add 8 bln euros to their loan-loss provisions before selling some 18 bln euro-worth of their NPLs. The world’s oldest lender, Banca Monte dei Paschi di Siena SpA, requires 5 bln euros to clean up their balance sheet, the bank has been struggling to raise this money for months now, and the European Central Bank’s (ECB) reluctance to bailout has exacerbated the situation recently.

“Some of the publicly traded banks can probably raise some of the funds needed for a cleanup, including Monte Paschi,” Paola Sabbione of the Milan branch of Deutsch Bank AG said. “So the government would have to plug in the rest. But still, at this level, it won’t do the full job.”

© AFP 2020 / JUSTIN TALLIS
Sterling on the Rise as UK's New Stimulus Plan Excites Investors
The Italian government said it will provide only 20 bln euros in total to all the Italian banks in turmoil, when the amount of funds needed to avert the full-blown banking crisis stands at roughly 30 bln euros. The insolvent borrowers are to blame, along with banks’ reckless lending practices in the past years, and this recapitalisation stalemate puts the entire Eurozone economy at risk. Nationalisation is the ultimate solution, however, and it will entail a plunge in the value of most types of European assets, therefore, now, while the markets are still running hot, it is best time to sell.

In Spain, banks are facing trouble because of mortgage loan turmoil: an EU court ruled the banks owe money to their customers who overpaid billions of euros in mortgage interest before year 2013. The Spanish banks, however, do not have this cash.

“This comes as a surprise and in a bad moment for Spanish banks as most of them would have to make extra provisions to pay for this,” Daragh Quinn of Keefe Bruyette & Woods said. “It will mean pressure on capital generation and profits in the fourth quarter.”

© Sputnik / Natalia Seliverstova
European Central Bank Stimulus Extension in Focus Amid Itexit Fears
Spanish bank equities collapsed in the market after the court’s ruling, chartering the course for many other financial assets’ value should the Italian situation get worse.

In the light of these events, Pacific Investment Management Co. called on investors to decrease their exposure to the most volatile segments of the market via cashing out, taking advantage of the recent record-setting gains in the stock markets. The mounting risks, Pimco said, might overrun the existing hedging practices, so it is safer to move capital into other types of assets.

“We have actually been de-risking,” Mark Kiesel of Pimco said in an interview on Bloomberg TV. “We actually like holding, in the credit markets, a little more cash.”

Holding assets in cash, denominated in haven currencies, pricing in policy and political risks, such as central bank interest rate planning and Brexit and a possible Itexit, and keeping an eye on the ‘black swan’ market event would be the most prudent strategy in the near-term, until the European banking sector situation clears out.

Earlier this week, the easing tensions in southern Europe pushed US stocks to their record highest, with the Dow Jones Index nearly touching 20,000 points. Now that the concern is mounting, a mortgage turmoil in Spain and Italian NPLs might translate into a brief panic on Wall Street.