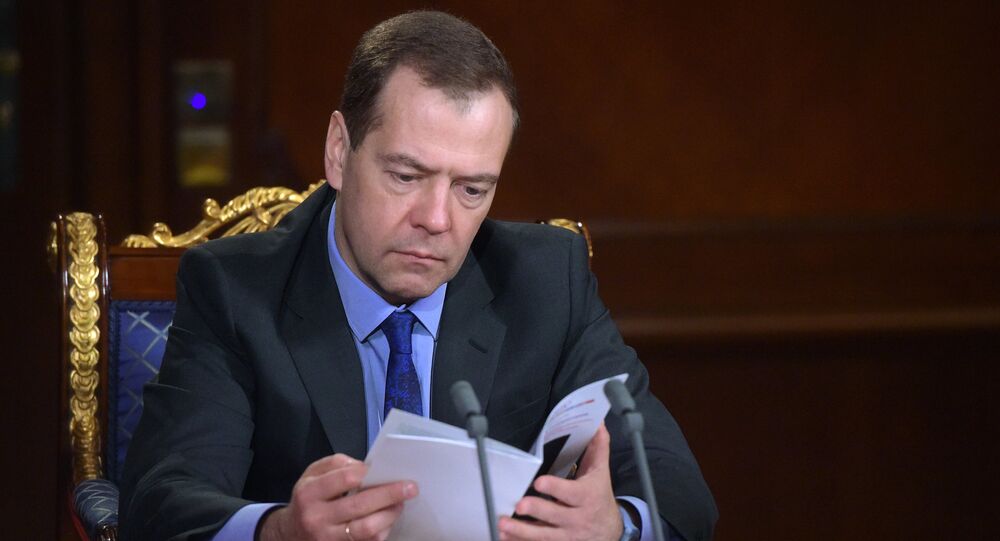 Inflation in Russia in 2016 to Stand at Historically Record Low Level of 5.5%

Russia's inflation will stand at around 5.5 percent at the end of 2016, which is a historically record low level, Prime Minister Dmitry Medvedev said Thursday.

MOSCOW (Sputnik) — Earlier in December, Russian President Vladimir Putin said that Russia may reach its target inflation of 4 percent in 2017 and go on to recover its economic growth rates.

Regarding the expected year-end inflation figure for 2016, the president said it may be below the previous record low of 6.1 percent seen in 2011.

"This year the planned inflation is 5.8 percent. But actually I think — I spoke to the economics minister on the issue yesterday — it will be around 5.5 percent. This is the lowest result for the entire history of our country," Medvedev told Russian television channels.

He also said that Russian economy will begin growing in 2017 after less than 1-percent decrease in GDP in 2016.

"This year we are likely to have a slight decrease in the gross domestic product, slightly less than 1 percent, may be 0.5 percent, we still need to do the final assessments. Next year, our economy… will start growing."

The Russian Central Bank has implemented a tight monetary policy with the aim of reach the 4 percent inflation mark by late 2017. In May, Central Bank Governor Elvira Nabiullina said the target was achievable and stressed that reducing interest rates prematurely could spur inflation without encouraging growth.

Annual Inflation in Russia Slows Down to Six Percent