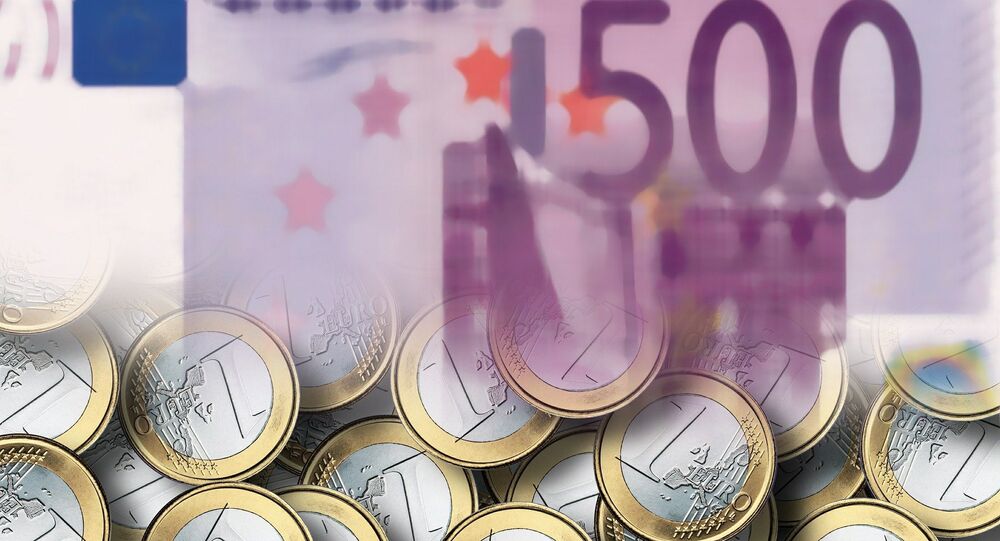 Elections and referendums are turning to a factor of instability in the developed world. Many experts warn that a rise of nationalist and populist parties and movements in the key European nations as well as the possible collapse of the eurozone may result in a new global recession.

© Photo : Pixabay
ECB Warns Trump's Victory, Brexit May Undermine Eurozone Stability
The European migration crisis, the Brexit vote and Donald Trump’s victory in the United States presidential election give a handle for a quiet pessimistic political and economic outlook for Europe and the rest of the world.

Haski outlined several domains in which Trump’s "unpredictable" foreign policy risks deepening tensions and instability around the world, and in particular, in Europe. They are the final deal on Iran’s nuclear program, the climate change issue and ties between Washington and Beijing.

The journalist wrote that Europe that is currently torn by serious domestic problems should unite and work out a firm response to possible dangerous steps by Trump’s administration.

© AP Photo / Evan Vucci
Trump Fiscal Policy May Boost World Growth in 2017, 2018
As for grim economic outlooks, recently Donald Trump’s policy was named the "single largest risk to the global economy," according to a survey by forecasting firm Oxford Economics.

"With the degree of policy and political uncertainty unusually elevated, the greatest source of risk to the global economy – both to the upside and the downside – is undoubtedly now the US policy stance," Jamie Thompson, head of macro scenarios at Oxford Economics, was quoted as saying by Bloomberg.

However, Trump and Brexit are only the tip of the iceberg of the mounting challenges in Europe.

"The Brexit vote and the refugee crisis are testing European cooperation, while the eastern half of the region is still grappling to adjust to lower oil prices," said in a report Hans Timmer, World Bank’s Chief Economist for Europe and Central Asia.

© Photo : Pixabay
Wealth, Power Corruption Feeds Rise in EU Nationalism, Populism - Report
According to the report, the lack of new sources of economic growth in Europe and public skepticism about the existing institutions breed "populism and polarization."

However, the rise of populism has its roots in the deteriorating economic situation in Europe, including lowering incomes in the middle class and job losses.

A rapid increase in temporary and part-time work and shifts in the demand for skills, driven by new digital technologies, are contributing to an increase in concerns among people in the region and a slight shift in support away from the middle of the political spectrum to more radical groups, according to the report.

© REUTERS / Alessandro Bianchi
Renzi Resignation Boosts Italy’s Economic Risks Amid Political Tumult in Europe – Fitch
What is more, recently Italy failed to pass a constitutional reform aimed at curtailing Senate powers and speeding up the lawmaking process. At a referendum on December 4, over 60 percent of Italians voted against the reform. After vote Renzi announced his resignation.

Western analysts suggested that Italian euroskeptics would win the most from Renzi’s resignation because they could provoke Italy’s withdrawal from the eurozone.

"The failure of the constitutional reform in Italy is another sign of the global rise of populists. In this context, the election in France next year will be very important," analysts of Sberbank CIB said in a report.

Nikita Maslennikov, an expert at the Institute of Modern Development, said that there are signs of a structural crisis in the world.

"Trump’s unpredictable policy, China’s total debt of nearly 300 percent and the situation around Brexit and the upcoming elections in Europe – each of these factors could trigger a global recession in the next half of 2017," Maslennikov told Gazeta.ru.

For example, Donald Trump’s victory drove US stocks to new record highs, and euro quickly rebounded after a drop on the Italian referendum.

"Market’s reaction to the vote in Italy was surprising for many investors. The risks related to its results were highly overestimated. The euro’s rebounding is an optimistic sign of further stabilization in the world," market analyst Alexei Antonov said.