Despite Sweden's chronic fear of Russia, which is being constantly hyped up by various politicians and security experts, local politicians on the Swedish island of Gotland are ready to rent the port of Slite to the Nord Stream 2 gas pipeline construction project in the Baltic Sea.

© Sputnik / Alexei Danichev
Sweden Increasingly Reliant on Russian Oil Despite Anti-Moscow Rhetoric
The preliminary decision on renting Slite is to be taken by the Gotland Technical Committee on December 15. The Regional Board will then make its decision in January, and the final judgment will be passed by of the Regional Council on February 19.

"We proceed from the assumption that the contract will be endorsed, as there is a majority in favor of it," president of the Gotland Regional Council Björn Jansson said, as quoted by the Finnish daily Hufvudstadsbladet.

For Gotland Municipality, the deal may create extra jobs and imply a profit of up to 60 million SEK (roughly $6.5mln), which is deemed to be a "welcome contribution that makes life easier." Jansson admitted, however, that a government clearance is yet pending.

​"Making security assessments is not our cup of tea, it is the government's thing," Björn Jansson said. 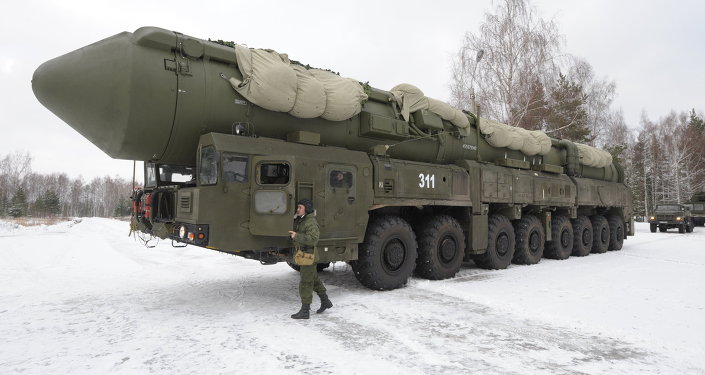 © Sputnik / Sergey Pyatakov
Swedish Foreign Ministry Pumps Up Fear of Russian Nuclear Weapons
According to Björn Jansson, the future contract merely deals with the lease of port areas for loading and unloading pipes for two years. "Then it became a matter of big politics," he commented.

So far, the Swedish government has not expressed itself clearly on the issue. Whereas the Supreme Commander of the Swedish Armed Forces, Micael Bydén, was highly critical about security issues related to the lease of the port of Slite, Defense Minister Peter Hultqvist and Margot Wallström both expressed criticism about Nord Stream 2 in general, yet refrained from commenting on the appropriateness of renting Slite harbor.

Located on the island of #Gotland, #Sweden the town of #Visby has a 3.4km/2.1m long 12th C ring wall that encircles the old town center. pic.twitter.com/mfmN96zOO4

​Meanwhile, Gotland's plans on peaceful cooperation with the Russians stirred a lot of criticism in Sweden.

Karlis Neretnieks, former rector of the National Defense University, who previously identified Slite as a possible entry point for a Russian occupation of Gotland, stated that Gotlanders were nothing but naïve.

"They cannot see beyond the end of their noses," Karlis Neretnieks told the Swedish tabloid newspaper Aftonbladet. 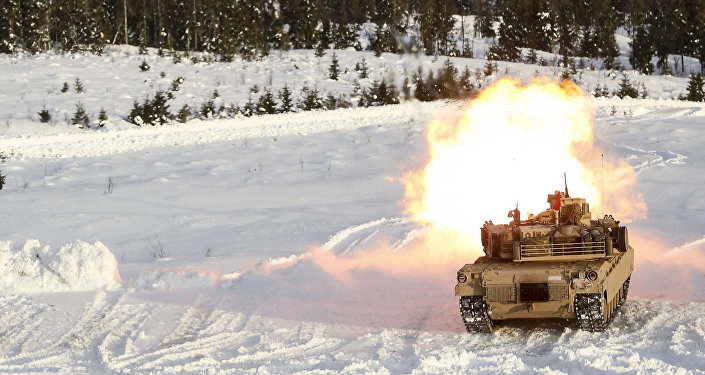 © Flickr / U.S. Department of Defense Current Photos
US Drills Fending Off Russian 'Hybrid War' in Norwegian Cold
According to Neretnieks, Sweden should not contribute to the construction of the pipeline, which is about to "make Europe further dependent on Russian gas." Additionally, Sweden should not facilitate Russian operations in areas of strategic military importance.

According to Stig Henriksson, defense policy spokesperson for the Left Party, which is also against the pipeline, yet plainly for environmental reasons, the Swedish obsession with the fictitious Russian threat begins to resemble hysteria.

"With all due respect to the assessment by the Supreme Commander, we're talking about renting out Slite harbor for transportation of pipes. I cannot see any significant security threat in this," Stig Henriksson told Swedish Radio.

"So far, many defense experts have commented on the issue. I do not take their advice to heart," Björn Jansson said, as quoted by Aftonbladet.

The response in the small port town of Slite was also positive. According to entrepreneur Hans Lundgren, the deal is mostly viewed as a source of extra income for Gotland Municipality, since the locals do not associate it with politics.

"You mean that the Russians first seize Slite harbor and then occupy the rest of Gotland? Nah, this can't be," Hans Lundgren told Aftonbladet.

​The Nord Stream 2 project is designed to deliver 55 billion cubic meters of Russian natural gas a year to the EU across the Baltic Sea to Germany, bypassing Ukraine.

Blast From the Past: Sweden Dusts Off Cold War Missile System