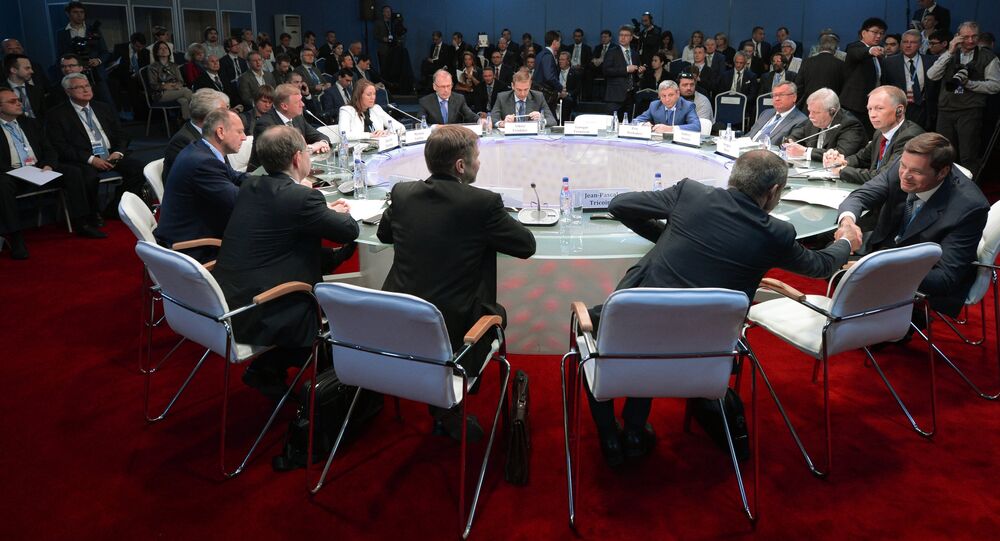 MOSCOW (Sputnik) — On Thursday, Russian President Vladimir Putin said in his annual Federal Assembly address that Russia should more actively fight for foreign markets as protectionism and trade barriers are growing around the world.

"The rise of protectionism is a global trend, and member states of the Eurasian Economic Union are not an exception. … The Union’s activities run counter to the rise of the economically unjustified protectionism both within the economic union, and around the world," Nikishina said.

She added that in this context, the EAEU’s priority is to work out a common understanding among its members on which goods and industries are sensitive and need protection from foreign market competitors, and which, on the opposite, need to be promoted for export.

"Such understanding can be reached only through practical measures – mainly, through free trade agreements. … The Union has already concluded a free trade agreement with Vietnam. We now need a decision on the start of the negotiations with Egypt, Korea, India, Singapore and Iran," Nikishina added.

The rise of protectionism has been manifested in various parts of the world over the last year, with Brexit and Donald Trump's victory in the US election being the two brightest examples.

© AFP 2021 / Mandel Ngan
'TPP Loses Its Meaning Without US Participation' – Russian Trade Envoy
In his Thursday address, Putin noted that Russia has a good potential to increase non-resource exports, and the country needs to fight for access to foreign markets more actively and decisively.

Trade protection seeks to curb imports or promote exports by imposing barriers to trade. Victory of Donald Trump, who pledged to opt out of free trade agreements, including the Trans-Pacific partnership (TPP), made it one of the most topical issues lately.