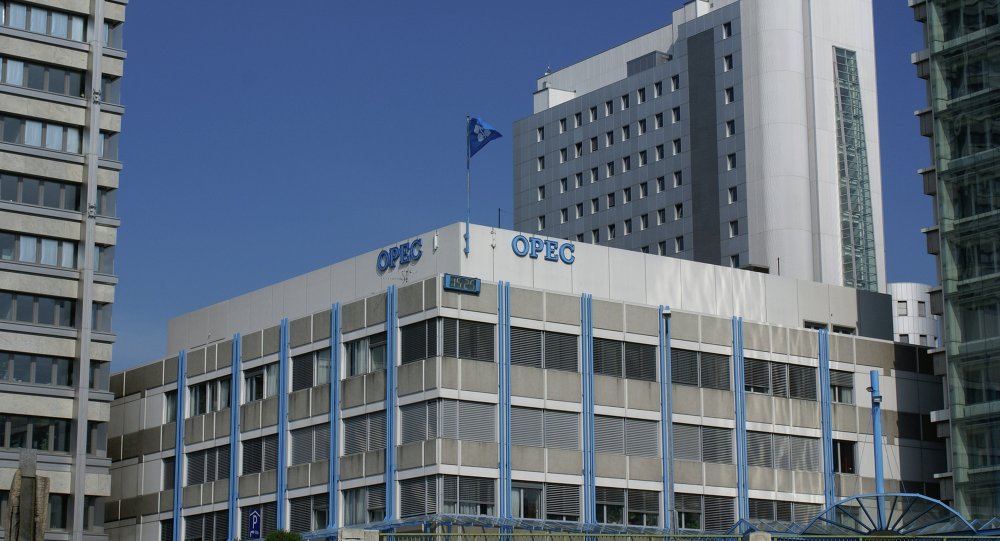 The closed session of the 171st ordinary meeting of the Organization of the Petroleum Exporting Countries (OPEC) member states held on Wednesday in the Austrian capital has ended.

© REUTERS / Heinz-Peter Bader
Oil Prices Surge Following OPEC's First Deal in Eight Years to Cut Output - Bloomberg
VIENNA (Sputnik) — The OPEC talks held at the OPEC Secretariat in Vienna were aimed at sealing the deal reached in Algiers on September 28, which seeks to set the oil output ceiling at 32.5-33 million barrels a day for the cartel.

Earlier in the day, Bloomberg reported that OPEC agreed to cut oil production by 1.2 million barrels a day to 32.5 million a day. Oil prices surged following the news. As of 9am (EST), Brent crude showed an 8% hike and was trading over $50.

Later in the day, President of the OPEC Conference Mohammed Bin Saleh Al-Sada, who is also Qatar's Minister of Energy and Industry, and cartel’s Secretary General Mohammed Sanusi Barkindo will give a press conference to reveal results of the ministerial meeting.