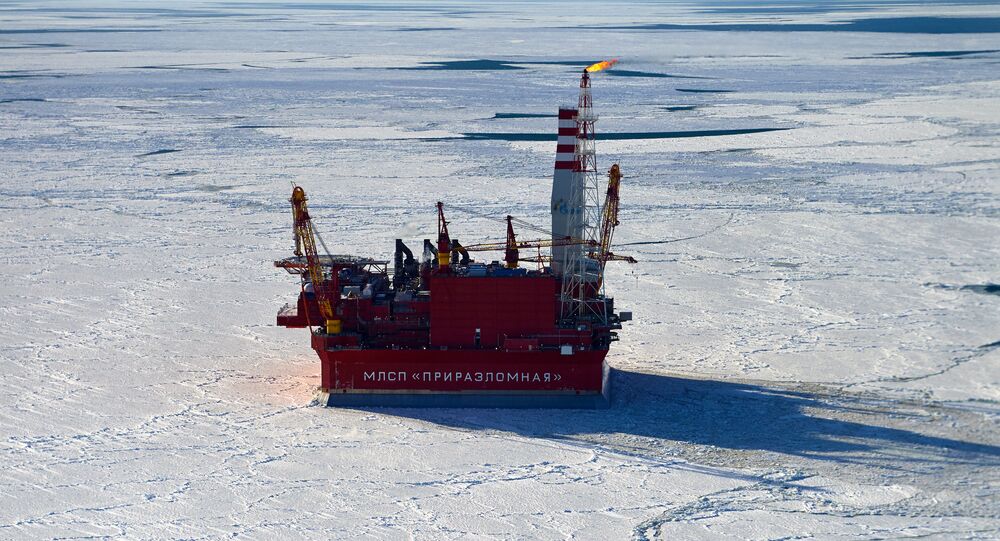 Due to the absence of sizable fossil fuel deposits of its own, Sweden has to rely on imports of oil and gas from overseas. Remarkably, the percentage of Russian oil imports has been rising steadily, despite Sweden's sometimes overtly anti-Russian rhetoric.

© AFP 2021 / OLIVIER MORIN
Swedish Greens Hope to Beat Putin With Renewable Energy
Before the international oil crisis of the 1970s, the majority of oil arrived to Sweden from the Middle East. In the following decades, Sweden's neighboring countries — Norway and Denmark — have played a major role in the supply of oil for Swedish refineries. Over the past decade, however, Russia has taken over as the single largest exporter of crude oil to Sweden. In 2015, over 44 percent of Sweden's total oil imports of 23 million cubic meters came from Russia, Swedish state number-crunchers Statistics Sweden reported. Incidentally, Sweden itself remains an important producer and exporter of diesel and gasoline.

"Our general policy is that we should not be dependent on Russia in any way, be it gas or oil. We must pursue a hard line against Russia, no matter what it might cost the business community," Maria Weimer, energy policy spokesperson for the Liberal Party, told Swedish newspaper Svenska Dagbladet.

© REUTERS / Soren Andersson
Sweden Puts on War Paint, Prepares for Highly Unlikely Russian Invasion
Sweden is the world's 22th largest importer of crude oil, despite the fact that Sweden only ranks as 89th among UN countries as regards population. The US, China and India are the world's largest importers of oil.

Earlier in November, the Swedish Armed Forces intensified the pressure on the government to stop Russia's plans to build the Nord Stream 2 pipeline across the Baltic Sea for security reasons. The Supreme Commander of Sweden's Armed Forces, Micael Bydén warned against letting Russian oil and gas giant Gazprom to make use of Swedish ports of Slite (on the island of Gotland) and Karlshamn (in Blekinge County) for transporting and storing pipes for reasons of national security. Both Karlshamn Municipality and Gotland County see this project as a business opportunity to generate jobs. In Gotland's case alone, this could mean revenue of about 50 million SEK ($55mln).

Consequently, Swedish Foreign Minister Margot Wallström came under fire for "inaction" of the government's handling of Nord Stream 2 and failure to sign a letter of protest to the European Commission alongside nine other EU nations already in March.

"This is about Sweden's security and Russia's ability to act on Swedish territory," Mikael Oscarsson of the Christian Democrats told Svenska Dagbladet.

© AP Photo / Paul Madej, SCANPIX
Chain Reaction: Trump's Triumph Galvanizes Swedish Defense Into Action
Earlier, a Swedish report by the Institute of Agricultural Engineering (JTI) and the Swedish Institute for Food and Biotechnology (SIK) predicted a famine situation in Sweden should fossil energy input be reduced by 50 percent. The report made it clear that it is fossil fuel (above all oil) that enables the production of food that fills store shelves. Tractors, harvesters and other agricultural machines are mainly diesel-driven. Additionally, hen-houses, pigsties, cowsheds and stables are also heated with oil. Finally, reduced use of fossil fuel would give smaller amounts of animal feed, which would in turn lead to reduced production of milk and meat. It should be also added that Sweden is among the EU countries with the lowest levels of agricultural self-dependence, with only 50 percent of the consumed foods produced locally. Swedish daily Göteborgs-Posten admitted that there is a risk of starvation without Russian fossil fuels.
...
Reddit
Google+
Blogger
Pinterest
StumbleUpon
Telegram
WhatsApp
274
Topic:
Oil in Turmoil (134)