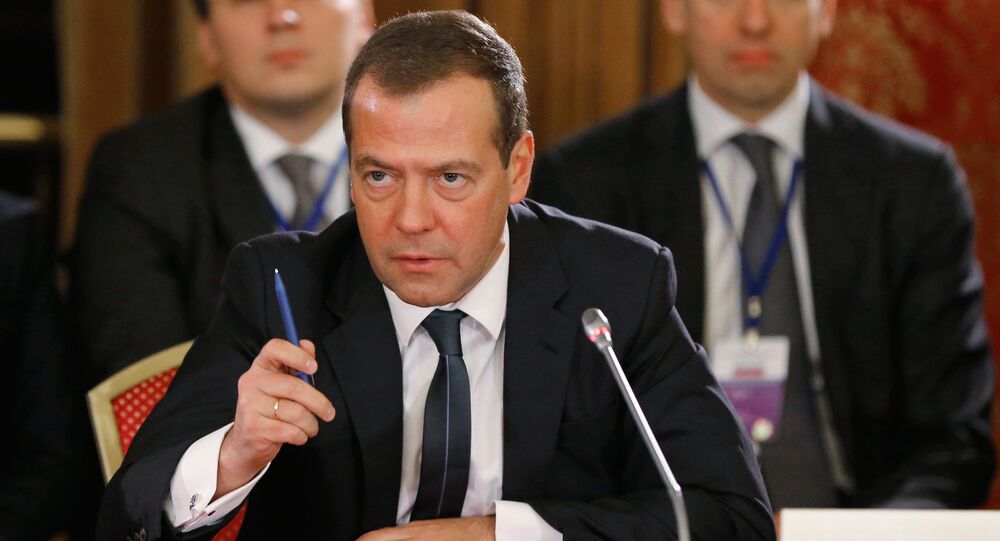 STRELNA (Russia), (Sputnik) — Medvedev held talks earlier in the day with Premier of the State Council of the People's Republic of China Li Keqiang.

"We have agreed…to make additional efforts to stabilize our economic cooperation with the goal of reaching the figures that we envisioned several years ago, meaning the estimate of some $200 billion in the next three-five-seven years," Medvedev said following the talks.

"Cooperation in the spheres of food and agriculture was another area we agreed to work harder on," Medvedev said at a press conference held near St. Petersburg.

Medvedev said food production was a critical industry for two of the world’s largest countries that are home to a large proportion of the global population.

"That’s why you can hardly underestimate the importance of this new direction of cooperation," he stressed.

The Chinese premier arrived in Russia on Sunday at the invitation of the country's prime minister for talks on Russian-Chinese economic, investment and nuclear partnership.