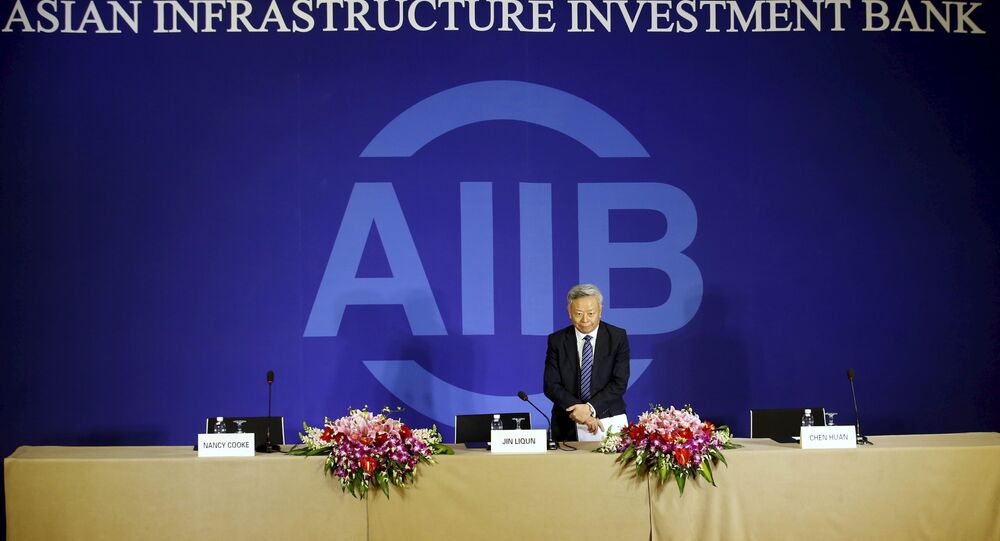 © AFP 2021 / SERGEI KARPUKHIN / POOL
Russia, AIIB May Announce Joint Projects at Eastern Economic Forum - State Investment Fund
ST. PETERSBURG (Sputnik) — The AIIB was established in June 2015 in Beijing by 57 founding members from 30 countries. China, India and Russia received the largest share of votes on the board of directors.

"We are going to discuss with the AIIB the possibility of funding the project called 'the Meridian.' As you know, it is a highway, which is set to link Western China to Western Europe," Shuvalov said at a meeting of the Russia-China committee of entrepreneurs.

The Western Europe-Western China (WE-WC) Highway is expected to stretch from the Yellow Sea coast of China to the Baltic Sea at St. Petersburg, via Kazakhstan and Russia. The route's Kazakh section was approved in 2012 and is expected to be completed by 2017.

In June, head of Russia's Federal Road Agency (Rosavtodor) Roman Starovoyt said that the Russian section of the project would be completed by 2020.